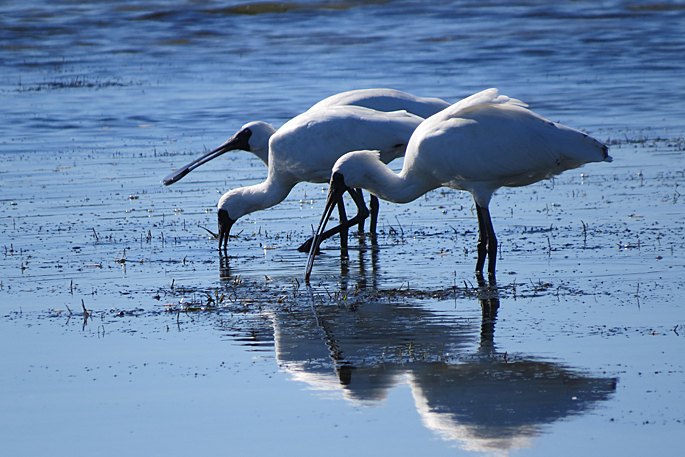 A flock of Royal Spoonbills has been feeding in the estuary near Fergusson Park. Images: David Murray-Smith.

People out exercising during lockdown near estuaries may have noticed the unusual looking birds, Royal Spoonbills, feeding.

The large white birds have a distinct black spoon like beak, hence their name.

A flock of more than 20 birds have been feeding in the estuary near Fergusson Park for the past few weeks.

A SunLive reporter out walking in the area saw the birds and noticed a number of people stopping to take photos and commenting on the unusual sight.

SunLive has been sent photos of the birds taken by David Murray-Smith who is from the United Kingdom and has been staying in Matua after his flight home was cancelled because of the COVID-19 restrictions.

Department of Conservation protected species and islands ranger John Heaphy says there are increasing reports of public sightings of the spoonbills.

“The birds now roost in several colonies around the southern Tauranga Harbour including Waimapu and Gordon Carmichael Reserve with potentially over 50 birds now inhabiting the harbour. 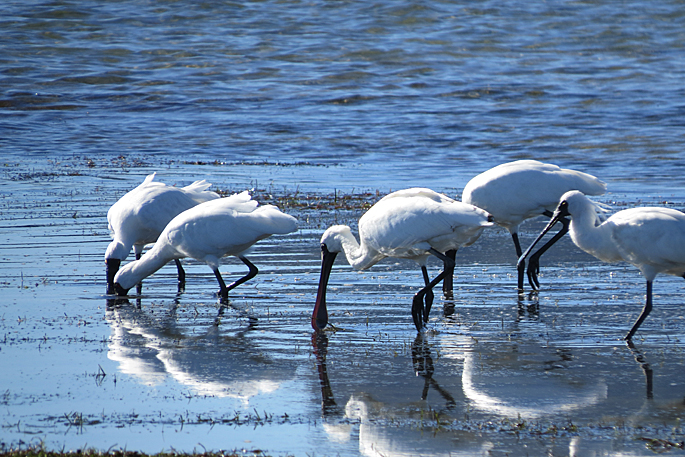 “Royal Spoonbills are very distinct and obvious out on the harbour flats or wetlands feeding, and are sometimes also seen feeding in paddocks after rain.

The birds prefer to roost and nest communally in tall trees, he says.

DOC is reminding people to keep their distance and keep dogs on a leash because the birds are susceptible to dog attacks, says John.

“Royal spoonbills are particularly vulnerable to dog attacks as the birds are large, relatively slow fliers to take off and could easily be caught by a fast agile dog. They are unable to defend themselves as they don’t have sharp beaks or talons.”

The first Bay of Plenty roosting colony established at Kaituna Cut several decades ago and the birds have slowly but steadily expanded numbers and colonies since then, he says.

“I am not aware of any breeding yet in BOP but it will not be too far off.”

Royal Spoonbills breed in coastal colonies around the North and South Islands then disperse widely around the country after that.

John says the birds are now a common sight in Tauranga year round and estimates the population to be between 3000 and 4000 nationally. The last count in 2012 was 2360 birds, he says. 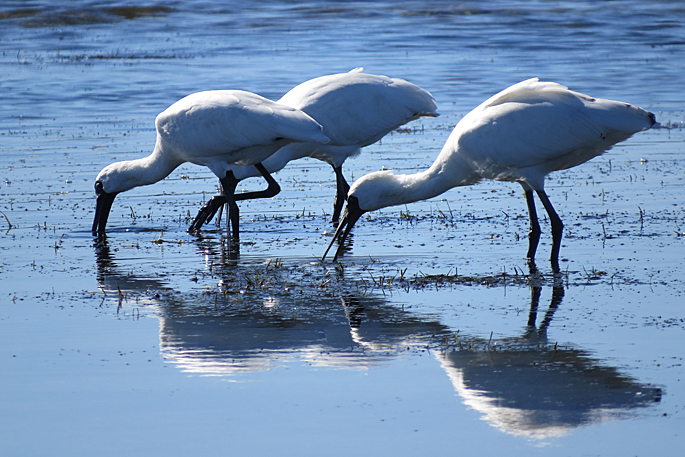