NZ Surf Life Saving season wraps up in a hurry 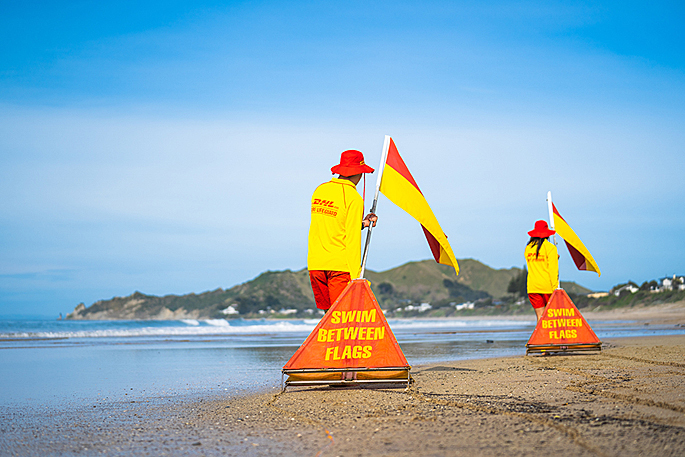 The patrol season typically runs from Labour Weekend in October to Easter weekend in April.

This year any clubs still open stopped patrolling on March 22 as Level 3 of the COVID-19 precautions came in to place, followed by Level 4.

“We had lots of Search and Rescue callouts, with a higher than normal fatality rate at the start of the season.

“The response of the Surf Lifeguards to these incidents is testament to the training that’s done throughout the winter season.”

Once Christmas arrived the emergency call outs dropped right off, and the volunteer Surf Lifeguards were “out there doing what they love to do” – patrolling the beaches.

“However, a persistent westerly weather flow between the Christmas break and mid-February meant the water temperatures in the mid-North Island never reached those extra warm temperatures the public love to spend long periods in.

“This had Surf Lifeguards responding to almost 20 per cent less rescues they had in the previous season.”

During those hours, they carried out more than 96,000 preventative actions involving 420,480 people.

The Surf Lifeguards also completed more than 530 rescues, assisted more than 1500 people to safety and gave first aid to more than 2,370 people.

There were 279 searches carried out, with a number of those searches sadly involving people who were missing at sea for several days.

“As soon as we could see what was happening, we got into thinking about how this is going to pan out. There’s been a lot of behind the scenes work, and looking forward – even as far as next year.”

The first step was to cancel any remaining patrols and close Surf Life Saving clubs. The Government then deemed Surf Life Saving NZ’s 40 Emergency Call Out Squads to be an Essential Service and the race was on to get the crews set up with Personal Protection Equipment. 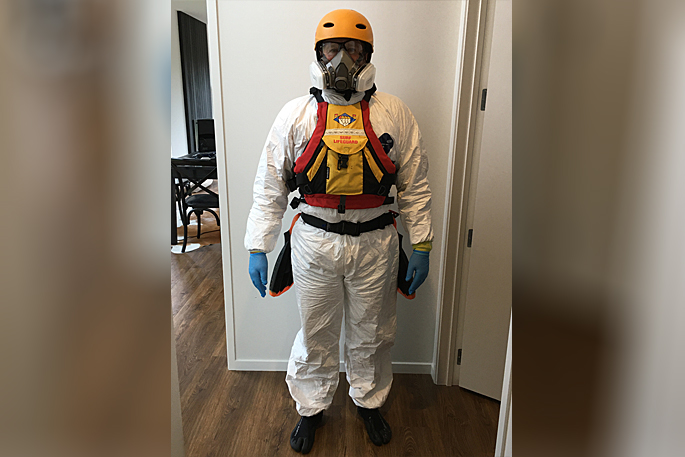 Members of Surf Life Saving NZ’s 40 Emergency Call Out Squads have been kitted out with Personal Protection Equipment. Supplied image.

During Levels 3 and 4 the squads are tasked to an emergency by the Police.

While Allan says the likelihood of someone with COVID-19 needing to be rescued is unlikely, it is vital that the squads are prepared mentally, and with the right equipment.

He says Bunnings came to the party and worked hard to organise wrap around glasses, respirator face masks, nitrile gloves and coveralls for the crews.

Then it was a matter of getting the equipment to squads and communicating with them about how to wear the gear and clean it.

He says the organisation is looking at various models to manage beach safety as well as training opportunities for the Surf Lifeguards as it prepares for the future.

“What is the reality now, what’s it likely to look like in two to three months, and going through to next year?”

Surf Lifeguards tend to get their Inflatable Rescue Boat (IRB) driving and crewing hours up as there are generally less people in the water.

All of this ceased as of March 20 and probably won’t be re-established until late June, by which time the winter weather could be a factor. This will compound training opportunities during the winter and there is a possibility there will be less IRB drivers qualified for next summer.

Allan says it is vital that people stay out of the water until lockdown finishes at midnight on Monday. After that people must follow the Government’s Level 3 rules.

Such activities must be carried out alone or in your bubble, (no congregating) and kept low risk – that means not taking up activities you have not tried before or are inexperienced in. Motorised activities such as boating, sailing and jet skis are not allowed.

If anyone does see someone in trouble in the water, call 111 immediately and ask for the Police – they have a direct line to Surf Life Saving NZ, Allan says.

During lockdown some Surf Lifeguards are taking the opportunity to carry out Surf Life Saving NZ’s online learning, and others have been quick to help by generously volunteering their time to other charities.

Meals on Wheels approached Surf Life Saving NZ saying they urgently needed more drivers to deliver meals to vulnerable people living in their own homes. The call for volunteers went out and the response was quick and massive – they were inundated with offers of support.