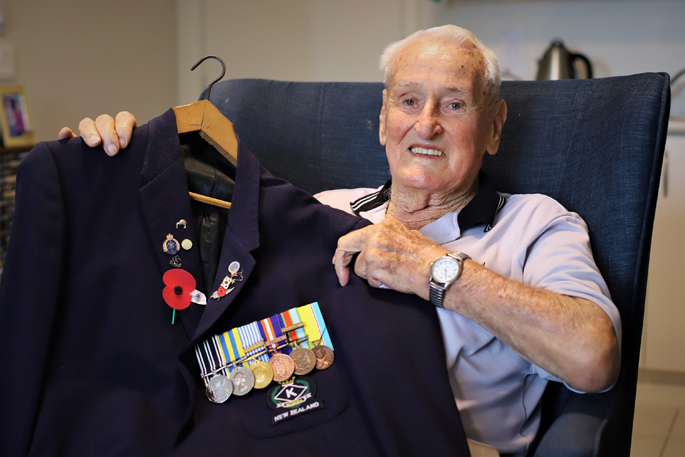 It was a trip back to Korea in 2002 that finally got Bill Cooke to open up about the time he spent there as a signalman attached to the 1st Commonwealth Divisional Signals in C Troop in the 1950s.

The Bay of Plenty resident’s reticence to talk about his time there was twofold – there was a feeling that people didn’t really understand or care, coupled with a sense that his efforts over the two years he spent there had been futile.

“The tanks had been through and it was just a heap of rubble when we left,” he says. “We thought ‘what a bloody waste of time’.

“We felt so sorry for the plight of the people and the terrible destruction to their country.”

When he returned in 2002 it was 50 years since he’d departed New Zealand for Korea and the sights that greeted him couldn’t have been more different.

“I was so amazed at the huge imposing buildings, the tree-lined streets and the many bridges over the Han River.”

One of Bill’s three sons, Robert, accompanied him and finally got to hear firsthand all about the work Bill did in the two years he was there.

Also one of three boys, Bill, the oldest, was born in Auckland on the 11th November 1929 later being schooled in Taihape. The family moved around a lot due to his father’s work on the railways.

Bill was destined to follow in his father’s footsteps and join the railways and was working as a fireman in the Taumarunui Branch when he decided on a whim to join his two drinking buddies in signing up at the army recruitment office.

Out of the three of them only Bill was deemed medically fit enough and what seemed like a big adventure began. 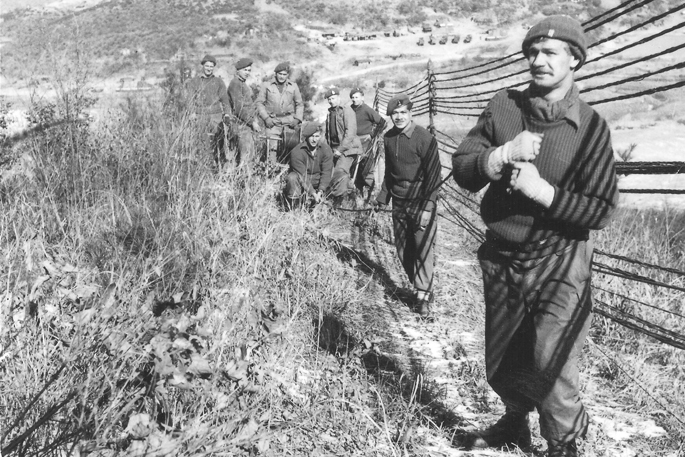 Charlie Troop laying the lines during Bill’s time in Korea.

In Charlie Troop, Bill’s work involved laying cable in often harsh conditions. The lines had to be on poles and the men would have to hammer a steel peg into the ground before dropping the pole into the hole. Steel pickets were then driven in each side of the pole and signal wire used as stays to hold it steady.

The extreme climate – ‘stinking hot’ in summer and down to -24 in the winter – posed challenges too.

“It was so cold the river froze over so that you could walk on it. All we had were these leftover uniforms from WWII but finally we got some decent woollen uniforms which was much better,” says Bill.

In the summer, to the other extreme, Bill and his fellow cable-layers would strip down to their underpants while out in the field to cope with the sweltering heat – it wasn’t a popular look with the British commanders but it made the work bearable.

There were huge risks for the men, who were working in minefields and dodging mortar bombs that the Koreans would fire at them, one of which sliced open the fingers on Bill’s hand.

On another occasion, the men were divided into two groups and sent on an assignment - the other group were all killed, some of the 48 New Zealanders who were killed in Korea, and a stark reminder of just how arbitrary survival could be.

Bill also caught malaria and went into a coma, prompting cheers from his fellow patients in the hospital when he came to after seven days rather than the predicted 10. However, he suffered unpleasant night sweats for years afterwards.

During his two year stint, which saw the men’s allegiance switch from King to Queen, Bill swotted up and studied for his engine driver exams, preparing for his return to New Zealand.

“My mates weren’t impressed when I came back with my ticket before them! But there wasn’t much to do on a cold night in Korea!” he laughs.

Bill returned to the railways and that was his career for the next 40 years. He lived in Frankton and married the girl next door, Valerie.

When she passed away in 2018 Bill moved into Bob Owens Retirement Village to be nearer to two of his three sons, at the same time fulfilling a lifelong dream to live in the Bay of Plenty.

He always takes an active part in Anzac Day commemorations and 2020 will see his first one marked in the village, albeit in a different way due to Covid-19 restrictions. 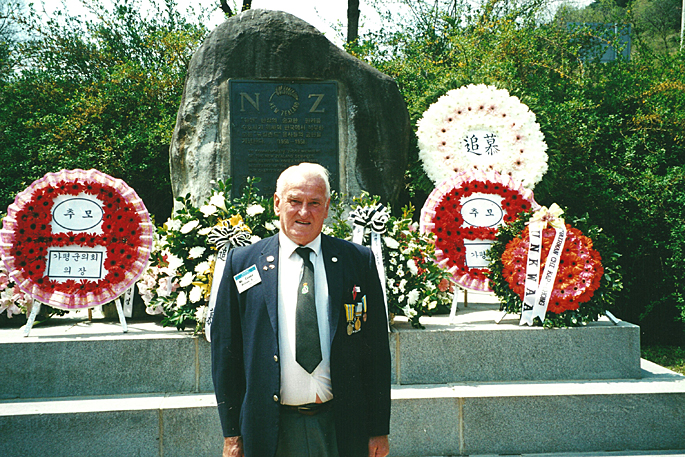 His efforts in Korea in 1952-54 were finally given true meaning during his trip back in 2002, where Bill and the other men were overwhelmed by the ceremonies the Koreans put on for them and the gratitude they expressed.

“The ceremony I will always cherish was at Kapyong when we presented scholarships to the children of the Kapyong Buk Middle School,” says Bill.

“The Mayor then gave a speech telling us that we would never be forgotten, making us proud to have been a member of the K-Force.”

He was also delighted to see which building in Seoul was the only one remaining – the railway station.