Anzac commemorations across the Bay of Plenty 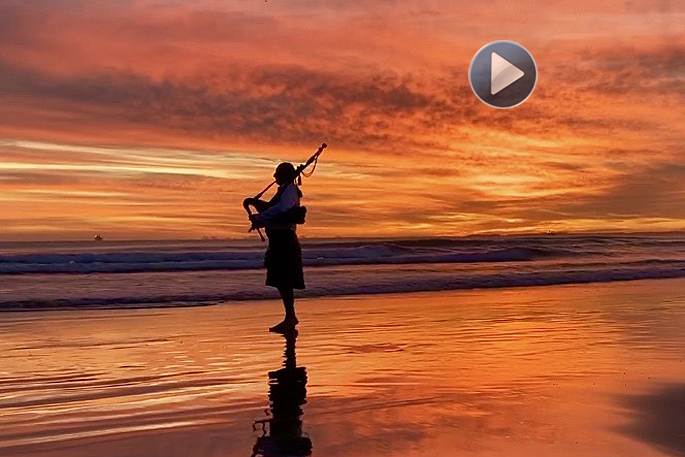 Remembering those who served our country took on a different form this year as people stood outside their home instead of attending their usual Anzac dawn service.

This is the first time since Anzac Day services began in 1916 that New Zealanders are not able to gather together nationwide to mark the anniversary.

There have been no public events in response to the COVID-19 lockdown.

In typical kiwi form people have come up with unique ways to show their respect by placing poppies and crosses on their fence or front lawn.

In Omokoroa the last post rang out just before 6am in the new subdivision of Kaimai Views. 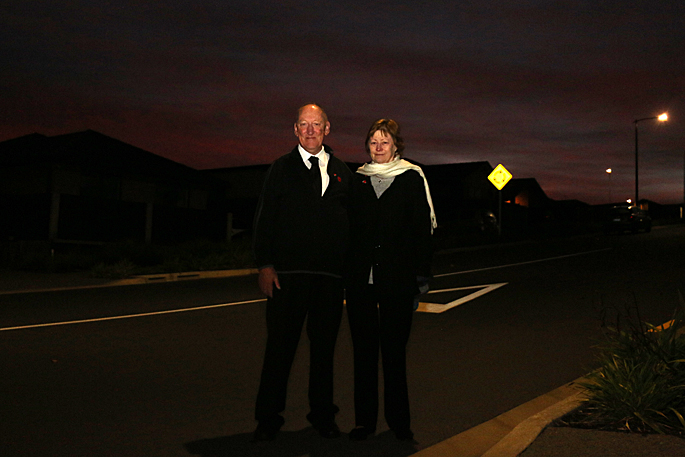 Bev and Noel Rau donned poppies and stood outside their home to pay their respects. Noel is on the committee at the Tauranga RSA and his father Cliff served in Egypt and North Africa during World War Two.

By 6:30am he’d normally be adding rum to coffees at the RSA for the folk needing to warm up on brisk morning.

He says it feels strange not doing that this year and that is why they wanted to join the stand at dawn movement.

“When we heard people were doing it we thought that’s a good idea to get out there.”

“Normally I would have been up at 5am and gone to get to the RSA.

“My dad fought in the war and I had great uncles in the First World War.” 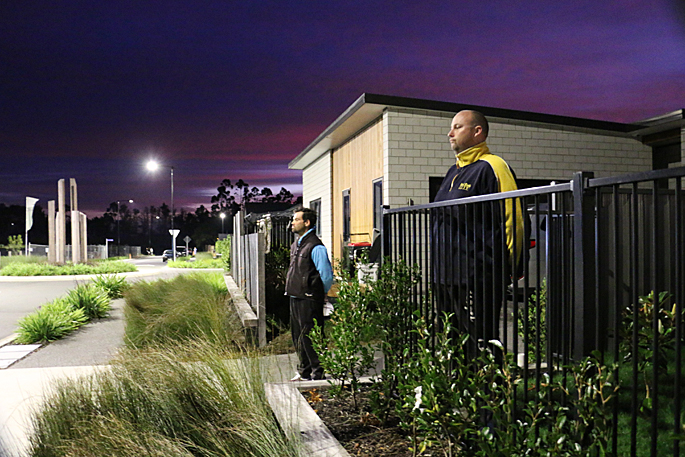 Radio New Zealand broadcast a dawn service that began with the last post and included the Australian and New Zealand national anthems and a minute’s silence.

Stephanie Foster says “It was quite special to see people outside at their gates with candles listening to the service this morning.

“We are lucky to be living in a country where our remaining veterans are being protected from COVID, praise God for our government who are looking our vulnerable people at this time.”

People from across Tauranga have sent SunLive photos of how they commemorated Anzac Day in their bubble. 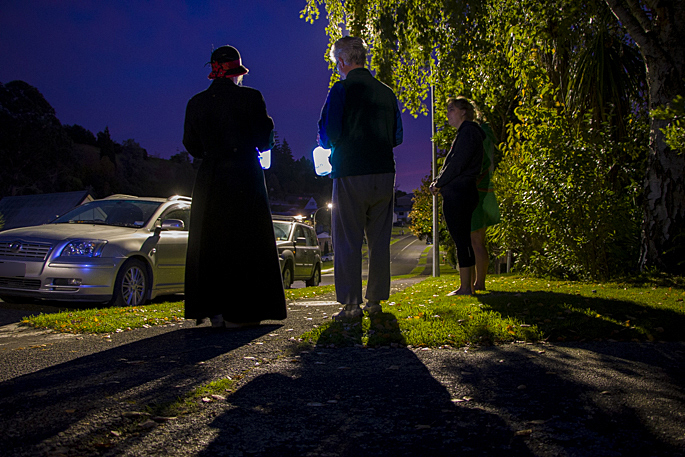 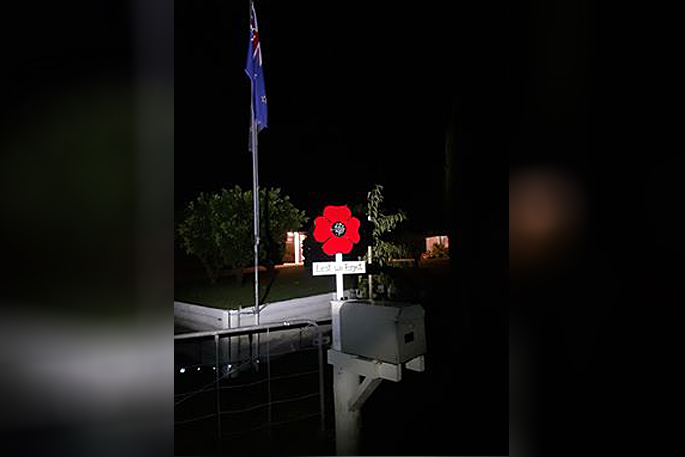 Liz and John Mckeown made this for Anzac Day. 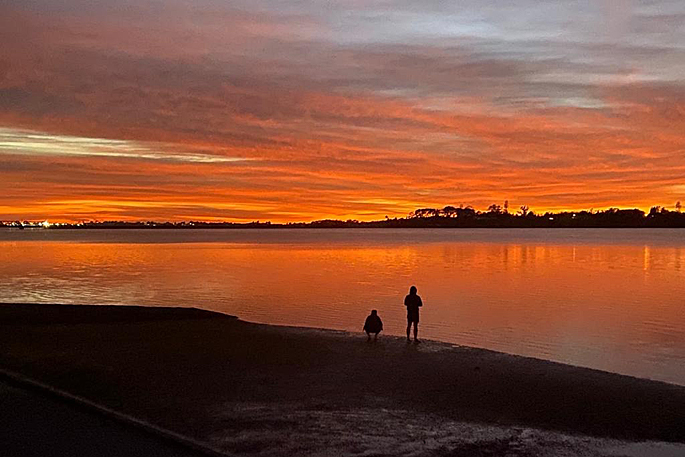 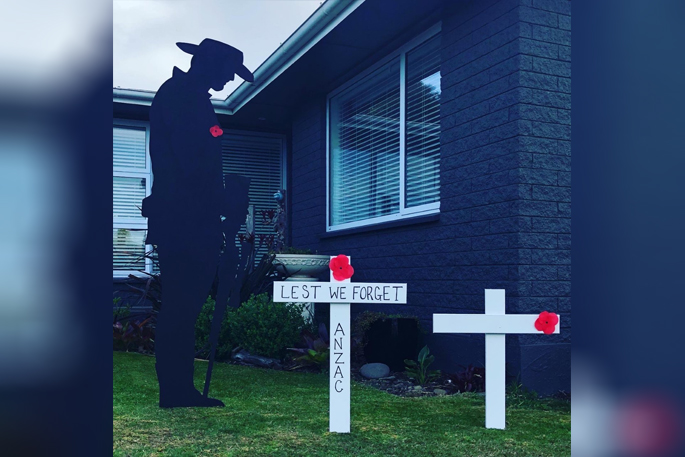 Nikki and Luke Monahan made this display for their front lawn in Otumoetai. 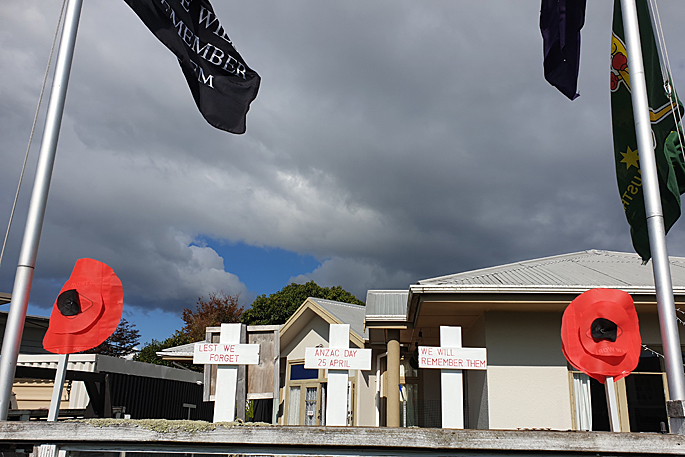 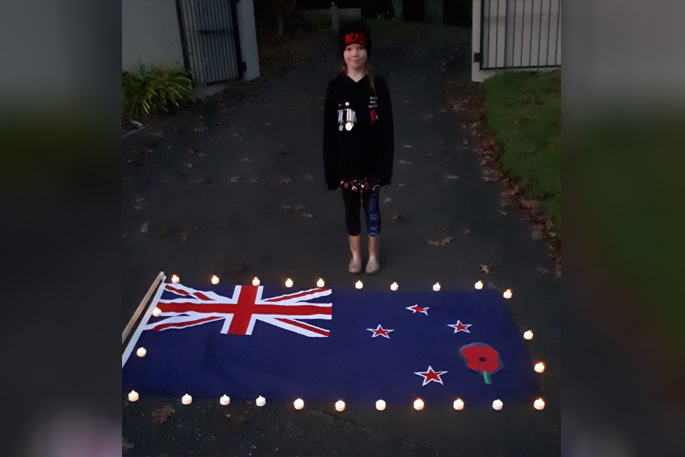 Brody, Jax and Ava with the poppy they made. 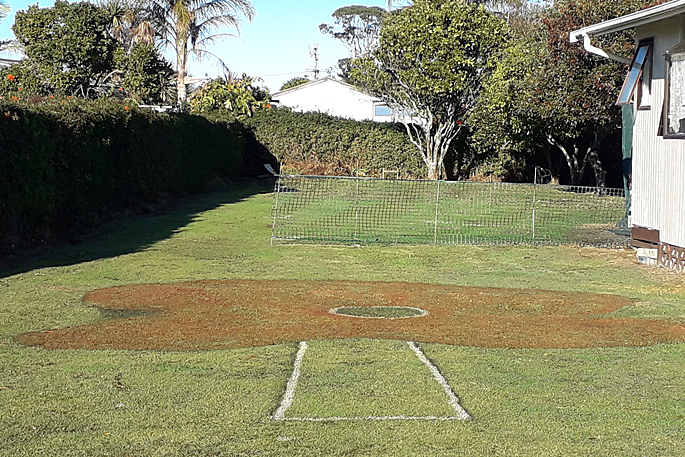 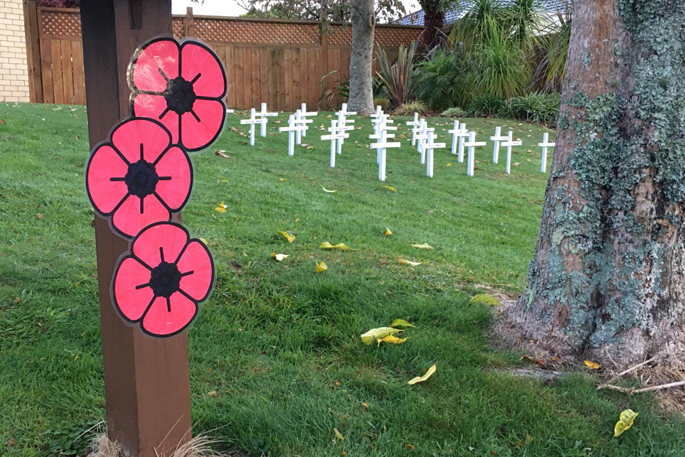 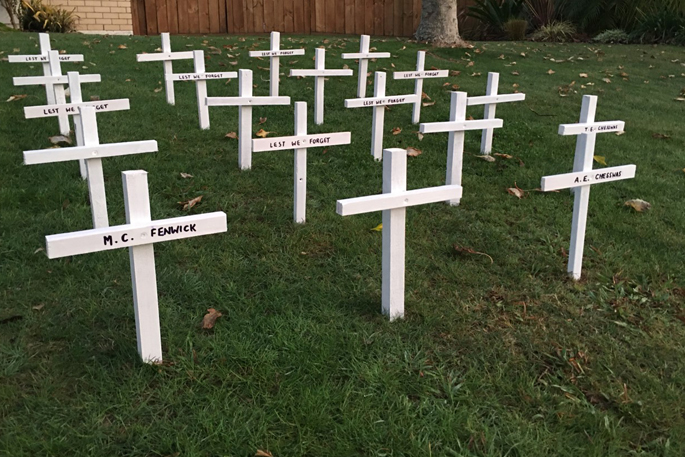 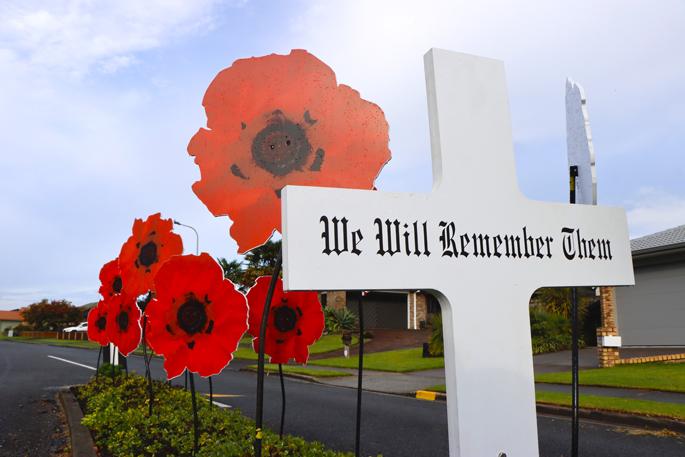 I don’t do mornings. But I promised I’d be at the gate, so I was. It was quite novel (for me) to see the fingers of dawn lighten the sky. I stood with my candles and considered those men for the required minute. There was a wave from some other people in our street who had also come out. Then I snuffed out my candles (quite symbolic) and went inside for a hot breakfast with my bubble. None of it did me any harm. It was "interesting" to be up and showering at 5:30 am... I wondered how those boys would have longed for a shower... So, respect to the men who made it possible for us to have the way of life we enjoy. I hope no more of our sons will ever have to make such a sacrifice.

4 people out of 19 homes in our street big big turn out Bethlehem, lest we forget

We will remember them.