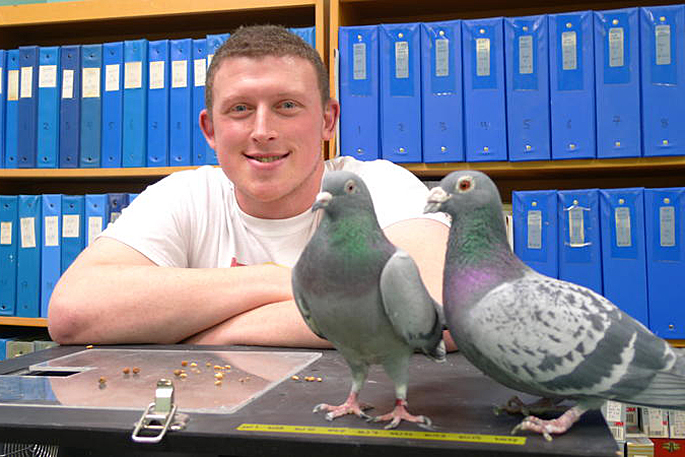 Dr Damian Scarf has a background in zoology. His PhD investigated how pigeons plan sequences and put them into action. Photo: Supplied / University of Otago

New Zealanders seem to welcome the government's strict Covid-19 rules, and it will be interesting to see if that changes as alert levels drop, a psychology researcher says.

So far about 1000 people have answered their 15-minute questionnaire on lockdown life, which they hope to have collected enough responses for before the move to alert level 3 on Monday night.

Damian told RNZ's Morning Report the Covid-19 coronavirus epidemic had brought about an unusual reaction to different sides of the political spectrum.

"The type of sanctions and type of belief I guess in government is something that's not adhered to as much on the left as it is on the right side of the political spectrum, but it seems in this case - especially Labour supporters and I guess the public in general - really are following the rules and are really strong on wanting to enforce the rules.

The move towards more authoritarian measures from a left-leaning government contrasted with the kinds of moves made overseas, he says.

The researchers hoped to collect data before the move to alert level 3, so they could compare how the lowering of restrictions might affect people's attitudes.

"It'll be interesting to see as the level drops [whether] people's concerns around Covid or their belief in kind of these strict laws goes down with the levels, or because they perceive there to still be a risk they kind of maintain their belief that we should be really strong on lockdown."

It's not rocket science.

The situation has been explained and most of us accept that the rules are there for our own protection and for the protection of other Kiwis. The government has been forthright and transparent and the leaders of both government and opposition have kept level heads and done a good job. This should not be a political issue (as it is in USA...); it is a national health issue. I can’t speak for others, but the reason I want to see the rules strongly enforced is simply a matter of fairness. A "fair go" is part of our culture and if some people think they are above the rules, then the rest of us are not getting a fair go. Rule breakers are simply spitting at the rest of us and that has to be cracked down on hard.