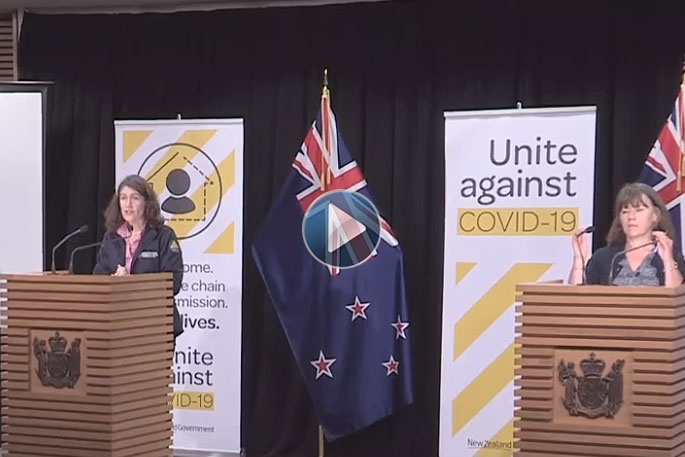 Police Commissioner Andrew Coster says police have dealt with 4452 breaches since the lockdown began, including 423 in the past 24 hours.

There have been 477 prosecutions, 3844 warning, 131 youth referrals during the alert-level four lockdown.

"It's fair to say there has been more activity (by police) in recent days," Andrew.

Andrew says the vast majority of New Zealanders have been law-abiding and have played their part during the lockdown.

But he says the public must not get complacent as the shift to alert level three approached.

"For the next five days we need to continue to stick to the rules."

"Over the long weekend you need to remain in your bubble, don't go to your baches."

He says police will be visible around popular beaches this weekend and will remain visible under alert level three.

He says police recognised there needed to be a period of adjustment, but will take action against those who repeatedly breach rules

"We understand some small and isolated communities feel more vulnerable, but we don't encourage local checkpoints."

Andrew says over the course of level 4 there had been a decrease in crime in the area of assaults, road policing and theft.

Family harm incidents saw a rise in the first few days but this has dropped back to usual levels. Police have been focusing on this area, he says.

She says 40,000 Kiwis aged over 70 have been contacted to see how they were doing and about 1000 rough sleepers have been given accommodation.

She says migrant workers were also being looked at to see what help could be given, and about 42,000 migrants have departed New Zealand recently.

Sarah says there will continue to be significant restrictions in place under level 3, "for good reasons".

"The restrictions are still strigent. We are not out of the woods yet."

Earlier: The All of Government COVID-19 National Response will provide a second update this afternoon.

The death toll for COVID-19 in New Zealand has increased by two.

Director-General of Health Dr Ashley Bloomfield says while her family had not been able to visit her in hospital, arrangements were made for them to be with her last night.

The second reported death today is that of a man in his 70s.

Today, there are only three cases of the virus reported in the past 24 hours. This is made up of two confirmed cases and one probable case.

Ashley says laboratories around New Zealand tested a record of 6480 test in the past 24 hours.

A total of eight people remain in hospital, with one person in a critical condition in Middlemore Hopistal.

because we went into lockdown...

We have so few cases because the government acted swiftly and put the county in lockdown... I’m sick of hearing from "armchair specialists" with no medical training blather on about things they know nothing about "I’ve read some statistics on facebook so clearly I now know more then the people who’ve studied medicine for years"

totally agree with all you say. same as possitive and probable. would be interesting to know how many of the probable actually tested positive. this whole thing has been made out to be worse than it is

Only 1 in 2000 test cases has tested positive for this SARS flu - Talk about Hyperchondria And ALL deaths had underlying health issues. Hardly a pandemic The media needs to compare this to the amount of actual deaths during the last month from Influenza B That will show the real story - but guess doesn’t fit the Governments AGenda