COVID-19: What happened in New Zealand on April 21 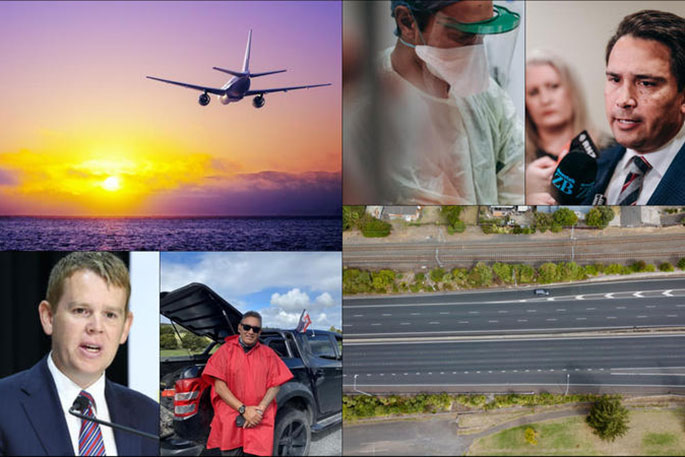 Five new cases of COVID-19 and a further death were revealed in New Zealand on April 21, a New Zealander was confirmed dead in Peru, more mercy flights for Kiwis abroad were planned and an audit of PPE handling was announced.

A woman in her 70s died on Monday after being transferred from a Te Atatu resthome to Waitākere Hospital, bring the New Zealand fatality total to 13.

The new cases brings New Zealand's total cases to 1445. There are now 1006 recovered people with 12 still in hospital, and three are in intensive care. There remained only four New Zealand cases where the source of infection was uncertain.

As of 10am Tuesday, there were 1952 people in managed isolation, with 86 in mandatory quarantine after 348 people arrived on flights on Monday.

Education Minister Chris says people will be allowed into schools and early learning centres from today for cleaning and other preparations ahead of a teacher-only day next Tuesday.

Schools and early learning centres can reopen next Wednesday for children who cannot learn from home or whose parents are going back to work at alert level 3. Playgrounds will be off-limits and school children will be kept in bubbles of no more than 10.

Chris says it's acceptable to bring in a relative to look after children at home if both parents needed to work.

Ashley says the WHO-China review found no one could recall a child passing COVID-19 on to an adult and that children are at low risk of catching it.

However, the Early Childhood Council which represents more than 1000 early childhood services has called for centres to remain closed until the country reached alert level 2.

Education for those in years 11-13 would continue remotely, while university students in flats or hostels can stay there with strict social distancing precautions, says Chris.

Not everyone is happy about a return to level 3 next week. Iwi in the Far North declared today they do not want their region to move out of level 4, as the impact of a Covid-19 outbreak among Māori would be devastating. 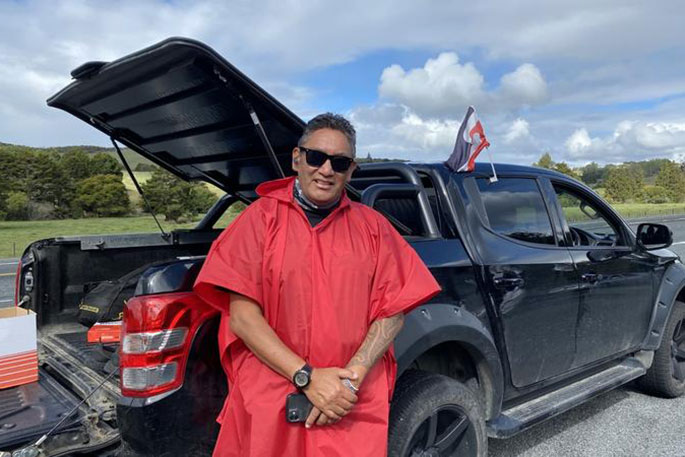 Former Te Tai Tokerau MP Hone Harawira set up teams to run checkpoints ensuring outsiders were not sneaking into the region. He told Morning Report that because of existing health and social inequalities, Māori would be "whacked" if COVID-19 got into his community.

Safety in the health sector was also back in the spotlight today, with news the Auditor-General will provide an independent review of the management of personal protective equipment (PPE).

It comes after complaints by frontline medical staff across the country of not having adequate access to the equipment.

The review will cover how the Ministry of Health manages stock, ensures an adequate supply, and distributes the gear.

The review will not cover the Ministry's clinical guidance on PPE use, but will look at the controls over procurement, distribution to district health boards and other health services, and controls over stock levels.

General practitioners say they are being denied millions of dollars of COVID-19 funding promised by the government. The Medical Association said $22 million was promised to GPs to help with extra costs caused by the pandemic.

It says they've received only half of that, and are told they will not get the rest.

Ashley says the funding decision is part of an "ongoing conversation" between GPs and health authorities.

Kiwi in Peru dies of COVID-19

The news comes after New Zealanders stranded in the country flew back home on March 15. MFAT says officials wae liaising with Peruvian counterparts and assisting the family.

It could not be confirmed whether the man had missed the mercy flight due to being sick. An online obituary said Storey died as a result of COVID-19.

As well as the earlier flight from Peru, 167 people who were stranded in the Philippines arrived in Auckland yesterday.

Chris says the first flight carrying people stranded in India is due in Auckland this week. 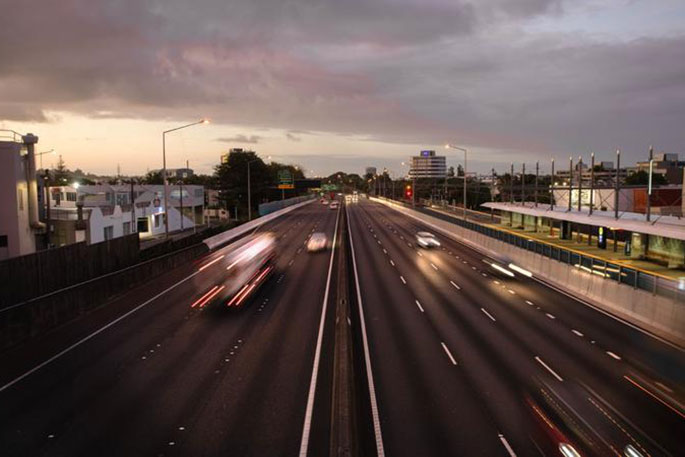 As Kiwis abroad struggle to travel home, Kiwis at home are staying put. Record low traffic and public transport data from the third week of lockdown show New Zealanders are continuing to heed the message to restrict movement.

The Transport Agency released traffic data for Auckland, Christchurch, Dunedin, Hamilton and Wellington every week since the level-4 restrictions came into force, and has now also released public transport data for the three main centres.

Traffic volumes at monitoring sites last week was down by between 73 and 82 percent compared to the same week in 2019.

Migrant workers in Queenstown are also in dire straits without jobs, or food.

Some migrant workers in Queenstown have been stranded without pay for weeks, the Salvation Army says.

The resort town is grappling with thousands of workers left with limited or no income after the tourism industry came to a halt. Many migrants tried to leave but their flights were cancelled, the Salvation Army says.

More than 5000 requests for welfare have already been made to the district council's Emergency Operations Centre.

Meanwhile, demographer and pro-vice chancellor at Massey University, Professor Paul Spoonley said today that continued use of overseas labour would cause political problems.

He says higher unemployment and election year populism may lead to a sharp tightening of immigration policy. 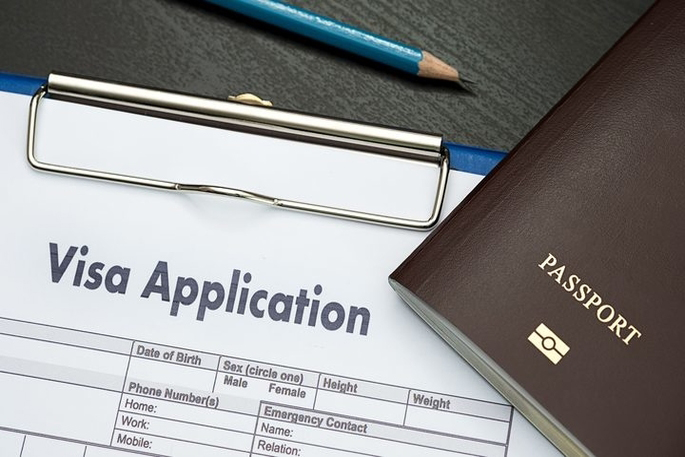 With jobless figures rising, immigrants and businesses may find it harder to pass labour market tests designed to give preference to New Zealand staff, he says.

Parliament will meet next Tuesday but with only key MPs and ministers present. 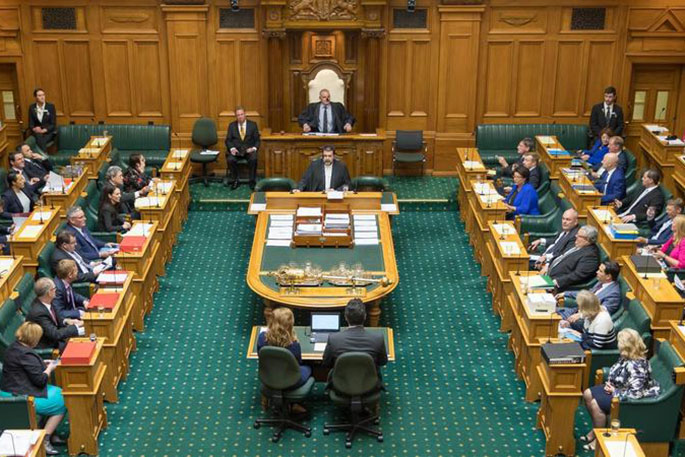 Photo: Supplied / NZ Parliament, Office of the Clerk. (Please note, this photo was taken before the lockdown was put in place).

It will resume for question time, ministerial statements and to pass urgent business related to the COVID-19 response once New Zealand moves to level 3.

National's leader Simon Bridges says more than more than half of the party's MPs could return next week.

Leader of the House Chris Hipkins says Parliament will operate with fewer MPs to enable physical distancing and to reduce MPs' travel.

Simon Bridges needs to get out of his prosecutor mode and using the Epidemic Resonse Committee like a court room scenario.It is there to assist the government not become a political football point scoring event for the National Party which is losing their way by being in this mode.