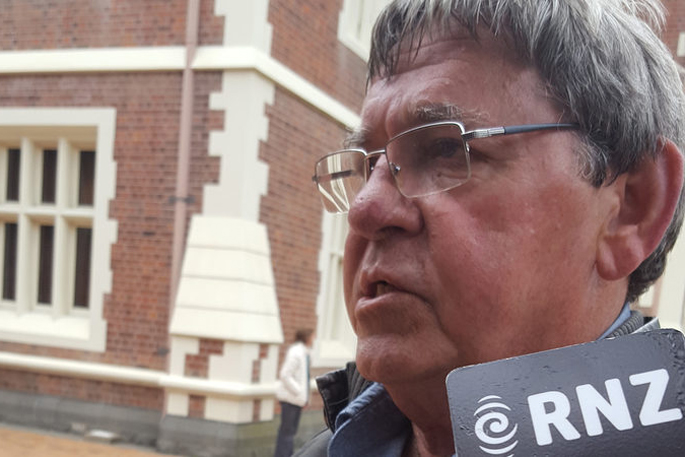 David Tamihere outside the High Court at Auckland in 2017. Photo: RNZ

Convicted double murderer David Tamihere has been granted a Royal Prerogative of Mercy to have his case reviewed by the Court of Appeal.

Tamihere has spent 20 years in prison for the murders of Swedish tourists Urban Hӧglin and Heidi Paakkonen, who disappeared in Coromandel in 1989.

He was released on parole in 2010 and has always maintained his innocence.

Tamihere applied last year for a Royal Prerogative of Mercy, a rare legal avenue for criminal cases to be reopened where a person may have been wrongly convicted or sentenced.

In a statement this afternoon, Justice Minister Andrew Little said he recieved advice on the case and had referred it back to the Court of Appeal to be reviewed a second time.

It will be heard as a further appeal. A hearing date has not yet been set.

The private prosecution was brought by jailhouse lawyer Arthur Taylor, who has since been released on parole.

Roberto told the jury Tamihere made confessions to him in prison, including that he sexually assaulted the Swedish tourists and dumping their bodies at sea.

However, Hӧglin's body was found in a shallow grave in the Coromandel after the trial. Paakkonen's body has never been found.

Roberto later changed his story, swearing an affidavit claiming the police offered him $100,000 for evidence against Tamihere.

His story changed again a year later - in 1996 - when he retracted the entire affidavit and claimed he had been threatened by gang members in prison.

The Police Complaints Authority investigated the allegations of police corruption and bribery and cleared the police, finding Roberto’s allegations of bribery had no basis.

In a statement to the authority, Roberto apologised for damaging the integrity and credibility of the police and reiterated that the evidence he had given at Tamihere's trial was true.

He remains in prison after being recalled twice; the first following complaints of assault and demanding money and the second after a complaint he indecently assaulted a 14-year-old girl.