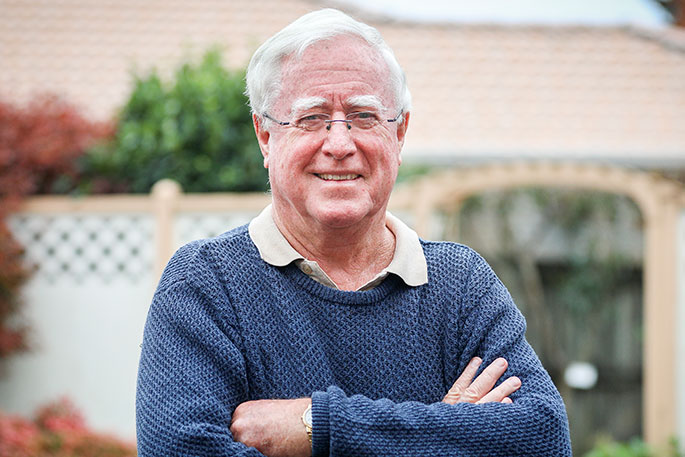 A petition calling for all councils to defer and freeze or cut rates in light of COVID-19 has attracted more than 850 signatures since it was launched five days ago.

The parliamentary petition, authored by Rotorua Lakes councillor Reynold Macpherson on behalf of his lobby group Rotorua Residents and Ratepayers, calls for a law change to compel all councils to comply with the demand.

Published on Friday last week, it requests Parliament pass a law requiring all councils to “offer the deferral of outstanding 2019-2020 rates for six to 12 months” and to “freeze or cut rates for 2020-2021, to help boost recovery from the COVID-19 crisis”.

By Tuesday midday, the petition had 857 signatures. It will run until May 22.

Reynold says the petition came about because of what was, in his view, “the continuing evidence that [the] council is seriously considering a rates rise for 2020/2021 annual plan in a context where ratepayers, and especially businesses are struggling”.

It comes as some Rotorua Lakes councillors indicated at the end of March that rates freezes would be a “knee-jerk” response.

Targeted rates deferrals were announced on April 6, aimed at residential and business ratepayers, particularly in the tourism, hospitality, commercial accommodation and retail sectors.

At the time, Mayor Steve Chadwick said everyone would be affected “to some degree” but the assistance was focused on “those likely to be most significantly impacted”.

A council statement said the sectors targeted employed “about 40 per cent” of the local workforce and the rates deferral option would also be available to homeowners who had worked in those sectors and who met the criteria.

That criteria was under development and it was expected there would be more information provided in the May rates instalment invoices, which would be delivered at the end of April.

“Others can contact [the] council to discuss their situation, as they have always been able to do, and the rates rebate scheme also continues to be available.” the statement said.

Rate-setting for the next financial year is being made alongside the 2020/21 Annual Plan, a draft of which was underway.

Reynold says the rates deferral for the quarter didn’t appear to take into account the “massive downturn in our economy and that affordability of rates has collapsed”.

"That's the very least that council should be considering, given that a lot of people, for example in the CBD, are not able to pay their rent, and when the lockdown is lifted, many of them will be collecting their stock to sell online, and could well be abandoning their retail outlets.

"Every penny that the council does not take out of our economy in rates is available to people to survive and to, hopefully, save their businesses."

Last month Local Government NZ president Dave Cull said a Taxpayer’s Union call to freeze rates was “misguided” and had the “potential to put the brakes on economic recovery”.

“We know there is going to be financial pain in our communities. Simply reducing spending would mean adding people to benefit queues while reducing operational capacity at a time when communities want councils at the heart of local emergency responses.

“As providers of drinking and waste water services, councils are essential lifeline infrastructure providers and in times of crisis such as these our costs may even go up, not down.”

Reynold’s comments were put to the council and Steve.

In a written statement via the council communications team, Steve says petitions are a “legitimate democratic tool that people are entitled to use”.

“The annual plan for 2020/21 is still in development and will be subject to public consultation before being finalised and adopted.”

One has to wonder where Dave Cull is coming from.His comments about the Taxpayer Union putting the brakes on economic recovery is just pie in the sky stuff and with water and sewerage.Time for Dave Cull to think about productivity improvements( N Z lowest in the world) and cut the fat out of Local government.Business is the driver N Z economy and creates long term employment.

His name should be a pointer to the way we need to go. He talks the usual rubbish. Whenever people object to huge rates increases his kind wheel out “drinking water and waste water” to try to scare people into accepting the scam. They never mention the pointless roundabouts, pointless titivating and concrete jungles all done to keep mates in the trough. I’ve said it before - essential infrastructure is easily funded with sound financial budgeting. The excessive increases are just funding cherries.

Seems a bit of a bandwagon to jump on. No one wants cost to increase but of course they do as inflation is a fact of life and it a lot of things there is no way to influence the rise. So rates are open slather it seems. We always want more for less but that’s again not how the real world works. Yes we want careful management and clever solutions and a wise use of resources, so ask for these is a more realistic call. We want to return to normal life but let’s be real and not attack the messenger that everything you want costs. Council are forever damned if they do and damned if they don’t with a regular droning whine in the background