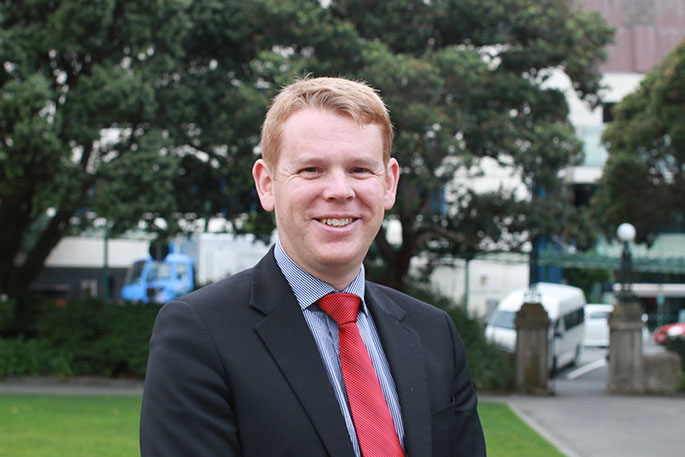 New Zealand will move to the lower alert level after midnight on April 27.

The government yesterday said schools and early learning centres could reopen next Wednesday for children who could not learn from home or whose parents were going back to work at alert level 3.

The government said people would be allowed into schools and early learning centres from today for cleaning and other preparations ahead of a teacher-only day on Tuesday.

Chris says it's acceptable to bring in a relative to look after children at home if both parents needed to work.

Education for those in years 11-13 will continue to learn remotely, while university students in flats or hostels can stay there with strict social distancing precautions.

If students went home before the start of lockdown they must stay there.

Schools will have a teacher-only day on April 28, with children to attend from the next day - however, some schools may need to take longer on their preparations before re-opening.

Chris says parents must do their bit - definitely keep children home if unwell and take advice on whether they need to be tested, maintain your household bubble and maintain good hygiene.

Chris says residential and special schools would not be able to open in the early stages of alert level three, but they may be able to open later on if public health measures could be managed.

The government says children and teenagers are at low risk of catching and passing on the coronavirus.

However, early childhood services want more evidence it will be safe to reopen next week and some are likely to remain closed.

The Early Childhood Council, which represents more than 1000 early childhood services, had called for centres to remain closed until the country reached alert level 2.

School principals appeared to be happier about the decision.

The president of the Principals' Federation, Perry Rush, says they understand that schools needed to reopen so parents could get back to work.

Chris, who is also Leader of the House - says Parliament will meet again on April 28 and with the exact details of how this would work to be decided tomorrow.

He says Parliament will operate with fewer MPs to enable physical distancing and to reduce MPs' travel.

The House would deal with Question Time, Ministerial Statements, and urgent COVID-19 related legislation and any other urgent business.