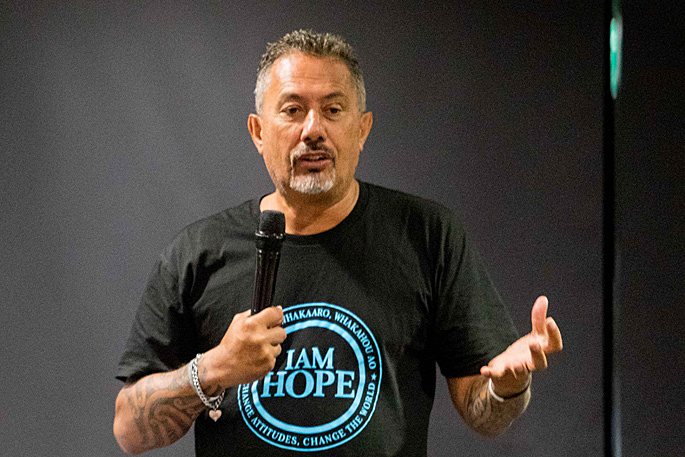 Gumboot Friday, the day when New Zealand rallies together to support each other, suffered a major blow when fundraising events were forced to cancel due to the COVID-19 lockdown.

The initiative is in its second year, and has the sole aim to raise funds for free counselling in New Zealand.

"With many Kiwis facing an uncertain financial future, we were unable to press for donations and that obviously was reflected in the final tally," says Key to Life CEO Mike Dawes.

Gumboot Friday events were set to take place on April 3.

Mike clarified that despite being heavily impacted by the global health crisis - including donations received on Gumboot Friday - the initiative was able to fund close to 4000 counselling sessions.

"Over 2600 of these free counselling sessions have already been allocated to those in critical need, with a further 1300 available.”

"Gumboot Friday was always about filling a gap. A gap caused by the lack of funding for mental health in this country.

“We’ve done the best we could under these unprecedented conditions, but the problem remains. There is simply not enough help for people in need, and the surge in demand for the sessions we were able to fund, proves that.”

He says it is a critical time for the Government to help relieve the demand for mental health support.

"The Government is more than happy to pour money into the economy - as they totally should - but now it is critical they relieve the overwhelming demand for mental health support.

He draws concern to mental health apps promoting support in lieu of face to face counselling sessions with qualified counsellors.

"Apps aren’t going to cut it. We don’t need more research or pilot programmes to know face to face counselling works. We just need to fund it."

Psychotherapist and mental health advocate, Kyle MacDonald says it is essential the Government include mental health responses in their plan to address impacts of coronavirus.

"Because the Government has done such a good job of responding to the health crisis the impact most New Zealanders will face as a result won’t be to their physical health, it will be to their mental health. Financial stress, increased anxiety, and uncertainty is already starting to take its toll with many.

"While online help sites might provide relief for some, they are not a proven intervention. We need to prioritise urgent funding for face to face counselling and peer support. A self-help book on a screen isn’t going to get us out of this mess, it's our connections with people that will."