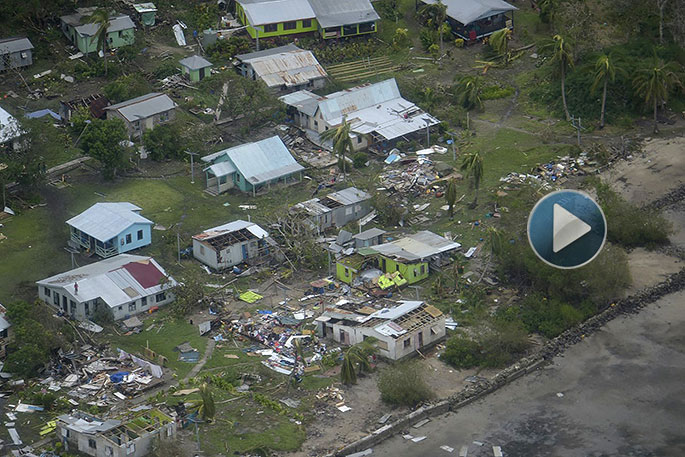 The flight to Vanuatu follows one last weekend, as well as a flight on Saturday to Fiji, which was also hard hit by Category 5 Tropical Cyclone Harold.

An RNZAF Hercules flew to Port Vila on Sunday to deliver 2500 tarpaulins, 150 tool kits, and more than 350 kilograms of hygiene products for families in Vanuatu.

The flight to Vanuatu last weekend delivered water cans, chainsaw kits, agricultural tool kits and some satellite phones, while also on board was a privately owned Robinson R66 helicopter to be used in the relief efforts.

To prevent any potential spread of COVID-19, all the cargo is sanitised before loading and again on off-loading.

Air Component Commander Air Commodore Tim Walshe says the New Zealand Defence Force had been working with the Ministry of Foreign Affairs and Trade to deliver the emergency supplies following the Category 5 cyclone, which caused extensive damage in the Pacific. 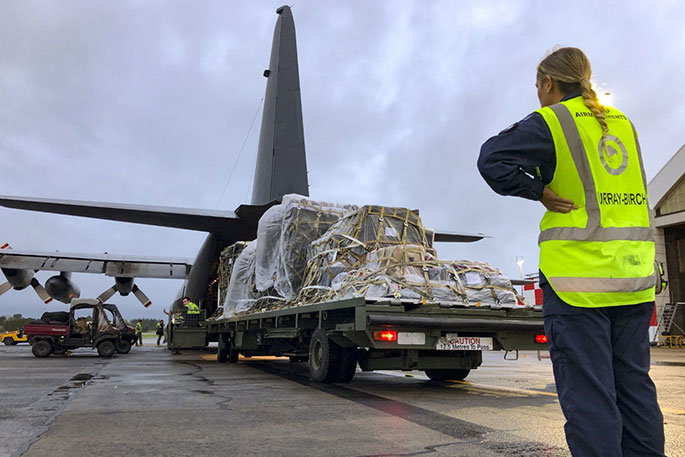 With the Ministry’s assistance, people wanting to repatriate to New Zealand from Vanuatu and Fiji have also been able to come to New Zealand on the return flights by the Hercules aircraft.

The NZDF has a medical team on the aircraft to Fiji today to assist with the repatriation of people to New Zealand from Fiji and to provide guidance around COVID-19 safety precautions.

Air Commodore Walshe says the NZDF is pleased to be able to provide assistance to Pacific neighbours in their time of need.