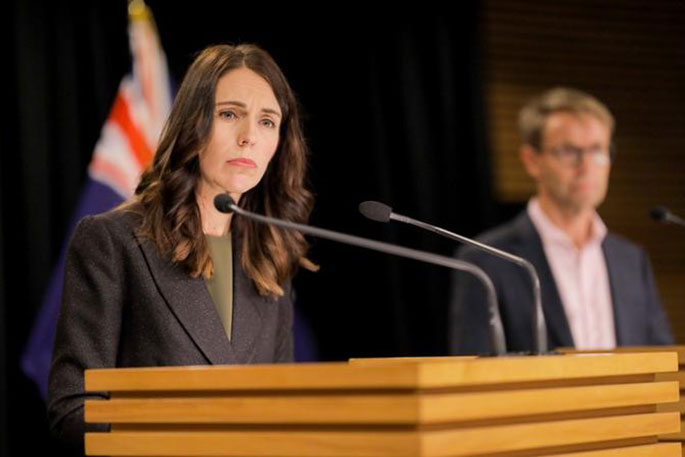 New Zealanders will find out today whether the country will come out of full lockdown this week, and if so, how long level 3 could last.

The government initially set the lockdown for four weeks - which ends just before midnight Wednesday.

Economic impacts and public attitudes would also be taken into account.

Jacinda recognises the huge toll on business in particular, but says it's in everyone's interest to stamp out the virus

She stands by the decision to put New Zealand into lockdown and says the success so far is due to having a plan, sticking to the plan and doing it together.

"We have stayed home, we have saved lives and we are breaking the chain of transmission."

But the government will be moving "cautiously" as it considers what the next step should be, says Jacinda.

"No one wants to lose the huge gains we've made as a country off the back of the hard work of every New Zealander."

At alert level 3 the main message will still be for people to stay at home unless they had to leave for essential work and services.

Schools could be partially reopened from April 29, but prioritising the children of essential workers up to Year 10, with attendance voluntary. People's bubbles could be expanded slightly and they could travel a bit more widely within their own region.

The main benefit would be the ability of thousands of businesses to start trading again, at some level - as long as they stuck to strict distancing and hygiene rules.

This includes construction, hospitality and tradespeople. Under level 3 the number of people working would increase from about 500,000 at present to 1 million - demonstrating the positive impact on economic activity moving out of lockdown could have.

When asked whether there could be exceptions under level 3 for some industries to enable them to gear up more quickly, it was a 'no' from the prime minister. who says ministers have kept to a "principles based framework" so far, and have no intention of moving away from that.

"Basing our decisions on public health, keeping in mind risk is the best way we can protect both the economy, livelihoods and people's wellbeing."

She says ministers are very aware of the strain businesses, large and small, were under.

"But ultimately what we've tried to do is create an alert level where we can move as a nation down in between, rather than segmenting off different parts of the economy."