Cauliflower prices on the march 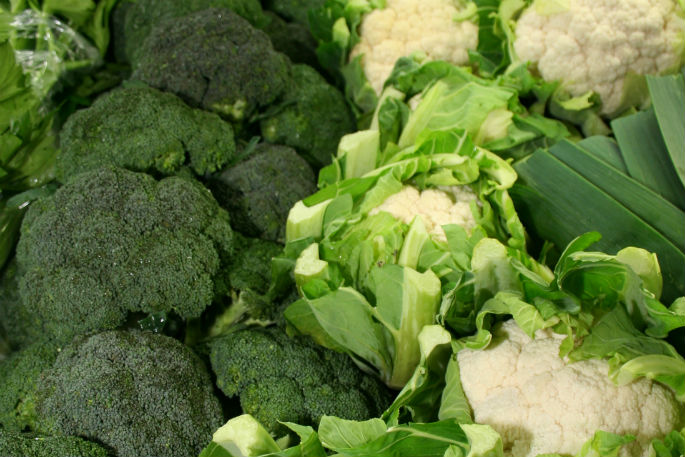 Cauliflower prices rose more than 60 percent in March, as prices for a wide range of vegetables also increased in the month, says Stats NZ.

Prices for vegetables rose in March 2020 (up 7.4 per cent), mainly influenced by rises for broccoli, cucumber, cauliflower, capsicums, and carrots.

Overall food prices were up 0.7 per cent, with most other staple foods holding steady, although prices for many meat products fell.

Cauliflower prices rose 64 per cent to a weighted average price of $5.75 per kilo.

“This reflects the average prices over the whole month. Some shoppers may have seen higher prices towards the end of the month, with media reports of $10 or more for a single cauliflower,” says consumer prices manager Sarah Johnson.

Fruit prices fell 2.2 per cent in March 2020. Prices for apples (down 26 percent) and pears (down 15 percent) both fell in typical seasonal patterns.

How food prices are collected

“The level 4 response to COVID-19 has affected the way we collect food prices.

“However, in the final week of the month, the COVID-19 level 4 alert meant our staff could not go out to collect prices in stores. Instead they collected data via supermarket websites, with little impact on results for the month of March.”

Food price index: March 2020 has more on data collection changes due to the COVID-19 level 4 alert.

The prices of other staple items remained relatively stable in March.

Prices for meat, poultry, and fish were flat, while prices for grocery food, including bread and dairy products, rose 0.2 per cent.

“While the weighted average price of porterhouse and sirloin steak hit an all-time high of $32.66 per kilo in March, prices for a number of other meat and poultry products fell.

Bread prices rose 0.3 per cent and prices for milk, cheese, and eggs rose 0.2 per cent.

“Prices for all foods except fresh fruit and vegetables were collected before the level 4 response started during our standard in-store monthly price collection between 9 and 16 March. Our staff visit a wide range of stores including supermarkets, dairies, service stations, butchers and fish shops, restaurants, and takeaway food outlets.”

From April onwards Stats NZ field staff will collect monthly data from websites and by calling stores. Stats NZ is receiving data directly from some large retailers and working with others to expand coverage.

Food prices up in year to March

Annually, food prices increased 3.3 per cent, mainly influenced by higher prices for meat, poultry, and fish (up 7.5 per cent), and grocery food (up 3.2 per cent).

These increases were partly offset by fruit and vegetable prices, which decreased 1.0 percent.