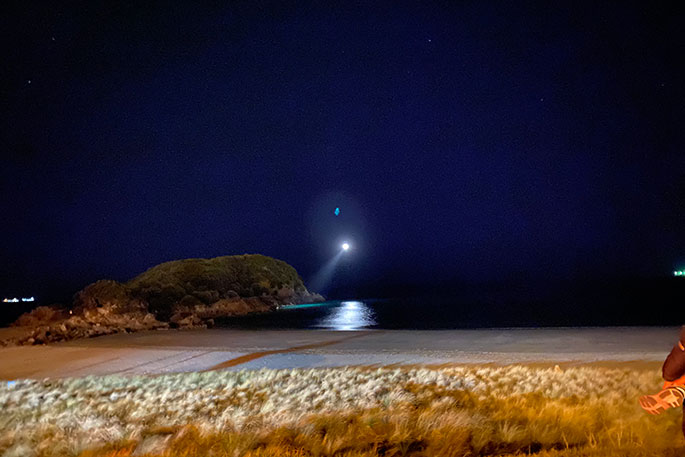 A Fire and Emergency New Zealand staff member is in hospital after being injured during a rescue in Tauranga tonight.

Emergency services were called to Moturiki Island, near Mount Main Beach, around 6pm after reports an person had been injured falling onto the rocks near a blowhole, says a police spokesperson.

"As the rescue basket was being lowered to take the injured person off the rocks, it was caught by a gust of wind and struck a FENZ staff member."

"Both the injured person and the FENZ staff member have been transported to hospital." 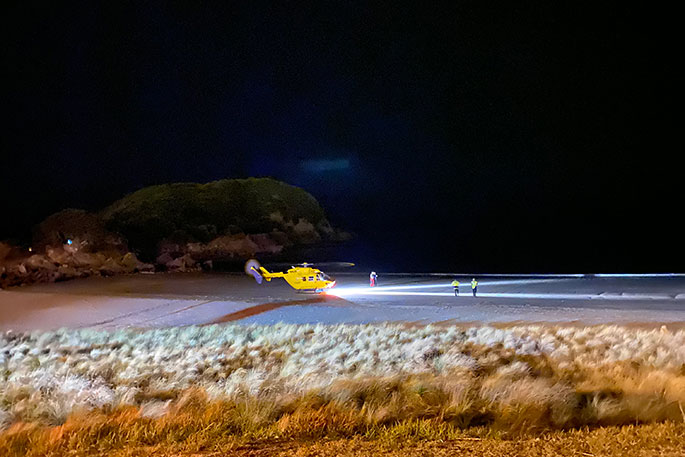 Send them the bill

Some just don’t take things serious but worst off all they get off Scot free. Time to get tough.

I agree with Yadick,make im PAY FULL COST of RESCUE,This is unfair on all people who went there to help,and then get hurt,this is BULLDUST man,this would have cost (a guess) $2-3 Thousand ) make him pay the lot and NAME him,THANKYOU TO POLICE AMBULANCE ,HELICOPTER AND ALL CONCERNED,you are ALL AWESOME Thankyou.without you we are STUFFED,Thankyou Sunlive for picture and story you are the BEST for News,take care, 10-4 out. phew.

maximum penalty for that muppet.

Stuff reported that there is temporary signage at the Island saying it is off limits. Is this true or just artistic reporting? Would someone please confirm. Regards Justin T

A bit of explaining to do I would say

I hope the police are going to charge the idiot who needed rescuing!! Kiwi’s just don’t get what lockdown means and by doing stupid things like this idiot, puts the lives of our emergency services at risk.

I’m sure that we can all agree that this muppet should be responsible for all costs incurred for the rescue, due to the fact that they weren’t supposed to be there in the first place due to the lockdown.

And There It Is

Actions have consequences . . . the ramifications of that stretcher swing could have been a lot, lot worse although another person in hospital from trying to save another’s life is bad enough. So many people put at risk because of a bad decision. To ALL the rescuers, THANK YOU.