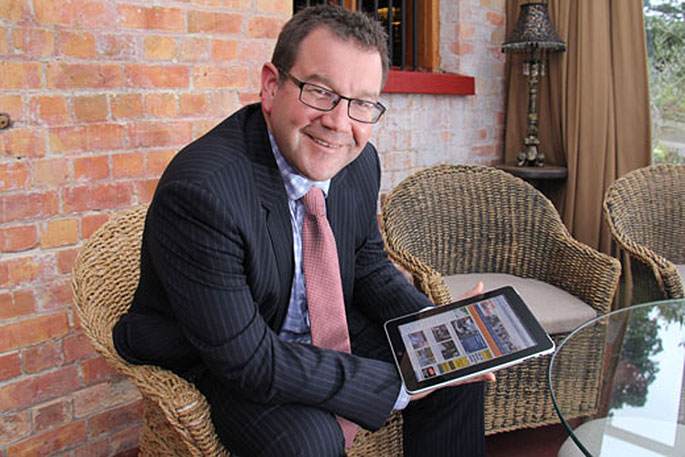 Economic scenarios released today back the Government’s decision to go hard and early in the fight against COVID-19.

Finance Minister Grant Robertson says the scenarios also back the Government's plans in putting significant measures in place to protect jobs and support businesses through the lockdown.

The Treasury has released a range of scenarios for the economy, based on assumptions of different amounts of time under the Alert Levels.

The report shows how extra Government spending will cushion the blow by protecting jobs and supporting businesses, says Grant.

“This global pandemic is dramatically affecting countries and their economies around the world. We are seeing dire forecasts for global growth and unemployment levels rising rapidly in many countries. As an open export-led economy, New Zealand will feel these global effects for some time to come.

“New Zealand is in a good position to fight COVID-19 due to our strong public health system, low debt and growing economy heading into this situation.

"The best way to protect the economy is to fight this virus, which is why we’ve acted swiftly and decisively to stamp out COVID-19. This will give our businesses and the economy the best chance to get going again on the other side.”

The scenarios released today were guided by a range of previously released public health modelling. The Treasury has purposefully included scenarios that show what might happen if the lockdown has to be extended, or if the country has to return to Alert Level 4 in the future.

“These should not be taken as any guide as to the Government’s thinking or decision on changing alert levels. That decision will be taken on April 20 as the Prime Minister has foreshadowed.

What they do show is how important it is that we continue to unite against COVID-19 and follow the public health guidelines; stay home and save lives – we know it’s working,” Grant Robertson said.

Work on further significant Government investment to protect jobs, support cashflow, and prepare the economy for recovery is well advanced.

The next steps in the Government’s plan to support businesses will be released later this week.

“The Budget is also another important part of the response, and it will include significant support to respond to and recover from COVID-19.

"As is usual with the Budget, there may well be pre-announcements, especially where they relate to urgent COVID-19 response activities."

The Government has already provided support to businesses including:

“We can do this because we entered this situation with strong Government books and a growing economy.

"Net debt at 19.2 per cent of GDP is well below the OECD average around 70 per cent, giving us greater ability than many to protect jobs and incomes with the Government’s strong balance sheet."