RainWatch for Tuesday and Wednesday 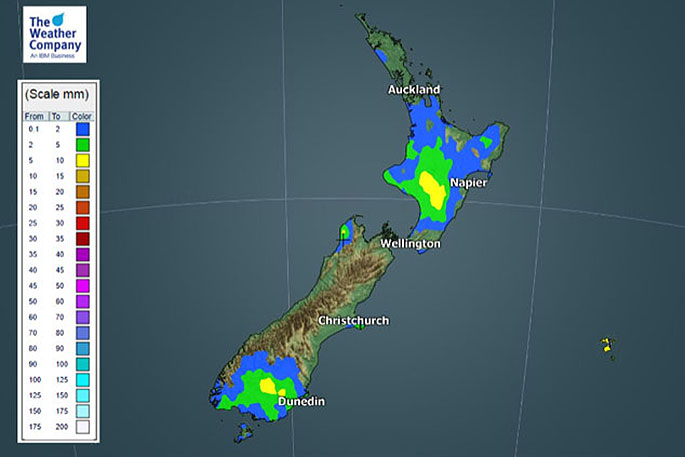 A strong southwesterly airflow lies over New Zealand on Tuesday, for the North Island naturally this leads to precipitation in the west and the South Island in the south.

"Wednesday sees the standard scattering of showers for the western North Island again in a southwesterly airflow.

"The West Coast of the South Island isn’t all that wet during the day apart from a few showers north of Greymouth, it’s overnight that a greater chance of showers exists." 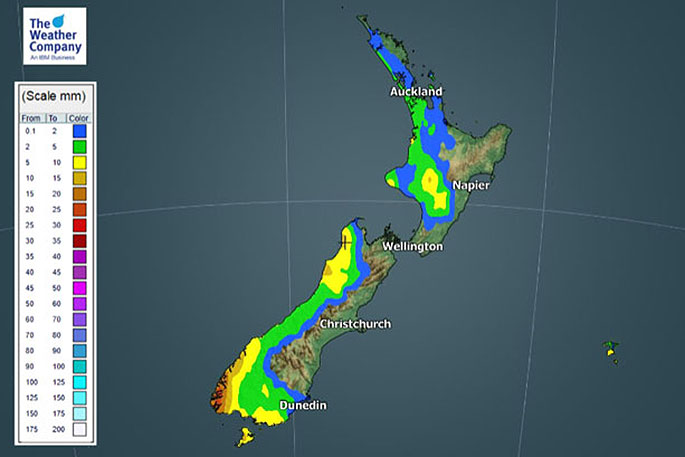 The forecast map for Wednesday.

The below graphic shows the accumulated effect of where rain will fall over the next 3 days including today.

"Wet in the west, drier in the east." 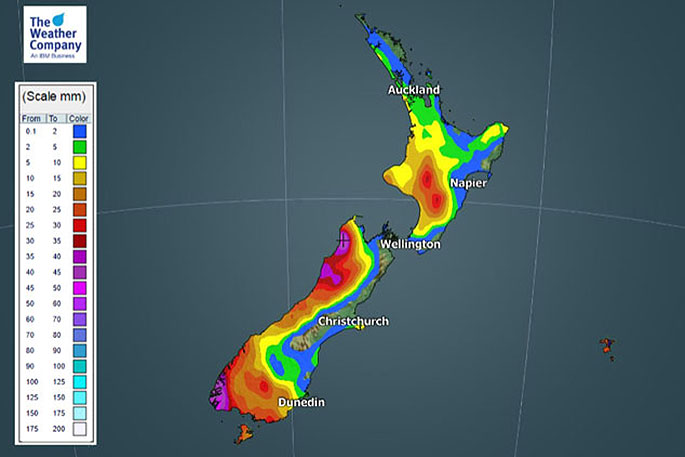 Three day accumulated rainfall forecast from 6am today until 6am on Thursday.

The following map shows rain for the next 7 days.

"Clearly wet weather for most western regions coming up and drier in the east, especially Canterbury, Marlborough, Hawke's Bay and Gisborne." 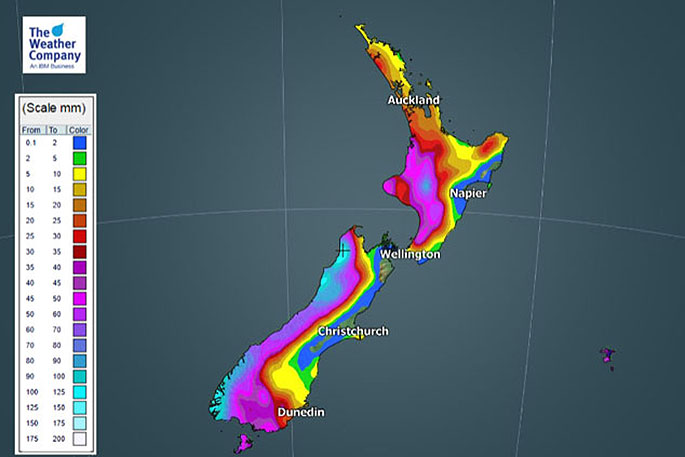 Seven day accumulated rainfall forecast from 6am today until 6am next Monday.