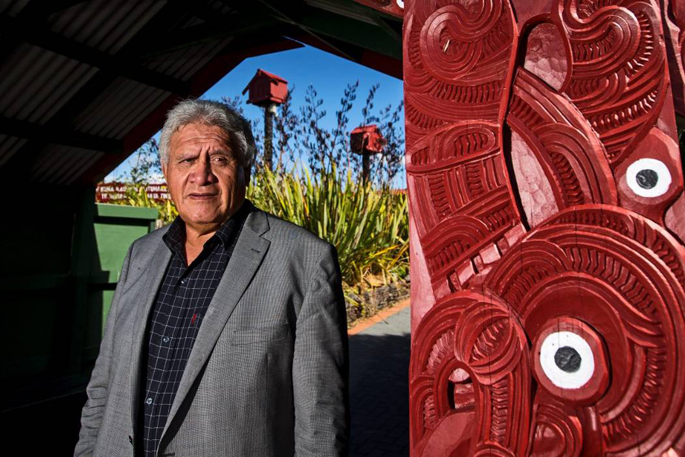 At least five more iwi have enforced border controls in the last week in a bid to stop the spread of coronavirus by rule-breaking locals, hunters, and tourists.

Bay of Plenty iwi Ngāti Manawa now have manned checkpoints after seeing locals out for non-essential reasons, and upon hearing hunters and tourists were still making their way to the nearby Urewera Ranges.

On the first day, volunteers stopped more than 600 cars.Of that number, 301 were roaming locals, a large number for a town of around 2000 people.

Local principal and former Māori Party leader Pem Bird says as well as roaming locals, there were campervans and hunters just a few days ago travelling through Murupara, who wanted to "see a bit of nature", including the popular Waikaremoana Great Walk.

There are about 50 locals who have volunteered at the two main checkpoints, which they will occupy daily.

“We've turned back non-residents and a few hunters out for the roar (stag season).

"We're not taking any risks whatsoever, the rāhui is to prevent any access. Especially for a small town like Murupara, it will be devastating if the virus comes here."

Ngāti Manawa join several other iwi who have mandated border controls, from the Far North, to the East Cape, the East Coast, and Auckland, some who established checkpoints days before the month-long lockdown.

In Auckland, whānau at Ihumātao in south Auckland have placed a rāhui on the land. A rāhui is an act of prohibiting access to land and waterways, as a conservation measure, usually put in place with a karakia.

In Taupō, Ngāti Tūhemohuta hapū have placed a rāhui on the waterways along the eastern lakeshore in an attempt to protect the small Māori settlement of about 500 people.

More recently, East Coast iwi Te Whānau-ā-Āpanui, who are among a handful of iwi who established checkpoints before the lockdown, stepped it up a notch by enforcing alert "level 5".

The iwi already has in place a 24-hours-a-day manned closure of its borders to all outsiders but introduced curfews and a permit system in an effort to protect its vulnerable community from the virus.

In the Far North, tourists have also been banned from entering the area at either of two manned checkpoints.

Former Tai Tokerau (Northland) MP Hone Harawira says by stopping tourists from entering they were doing their bit to protect locals from the spread of coronavirus.

There was also a vehicle on-site at Waiomio Hill that allowed the group to test for fevers for locals returning from overseas.

In the East Cape, road blocks and checkpoints have also been planned.

Residents of Wharekahika will be stationed at Te Araroa Road between 8am and 6pm, from Wednesday March 25 to Wednesday April 8.

Police say they have been working closely with communities who wish to set up controls at their borders, with some officers attending the checkpoints to help.

"Where police are aware of these concerns we have been speaking to those involved to provide education and advice to ensure the safety of all members of our communities. Police's focus remains on maintaining public safety, security and public order.

"Our officers have discretion in how they deal with matters and how they are enforced and all situations will be assessed on a case by case basis."

Earlier, Deputy Police Commissioner Wally Haumaha, says police are working with iwi who are taking the lead to ensure rural communities that don't have immediate access to support services are well protected.

"We are all coming to this kaupapa from the same place - out of a need to protect the most vulnerable in the community.

"Iwi are taking a strong leadership role and we want to model what it looks like when iwi, police, councils and other agencies work in partnership. Our role is supporting this cultural response to Covid-19."

....to take a very close and serious look at this when we are able, ie: after the Covid19 situation is deemed at a stage where we can return to a situation of ’relative normality’...right now even though it is yes wrong and yes illegal, the Police I suspect have not got the resource to contain this sort of activity along with other ’more pressing’ issues. If it is due to lack of resources to deal with it, the, the public should be concerned, if it the Police are turning a ’blind eye’ and openly allowing this, then we should be very, very nervous and really take a look at who is actually running the country here....

No, complaining does not make you a racist. There are real concerns about the Rule of Law and what people who are fearful for their communities can legally do. A "rahui" based on a "korakia" could be considered as a religious act and, as such, has no basis in Law. The only way what is happening can work successfully, is if Police Officers are present at the checkpoints or can be easily called to a checkpoint should people dispute the legality of it. People on the checkpoint are concerned and they are probably doing a good job of seeing off the people who have no right to be there, but if it is not done under the auspices of our Laws, it sets a very dangerous precedent. And it certainly doesn’t help Race Relations.

I thought it was illegal for anyone to stop the thoroughfare on any public road. Why do these people get away with it? Why aren’t they arrested? I live at the end of a cul-d-sac which leads to a popular walking track. There are several cars coming and going and parked there every day in this "lock down". I would be arrested if I blocked access to our cul-d-sac! One rule for them - one rule for us! Separatism! Does complaining make me a ’racist’!