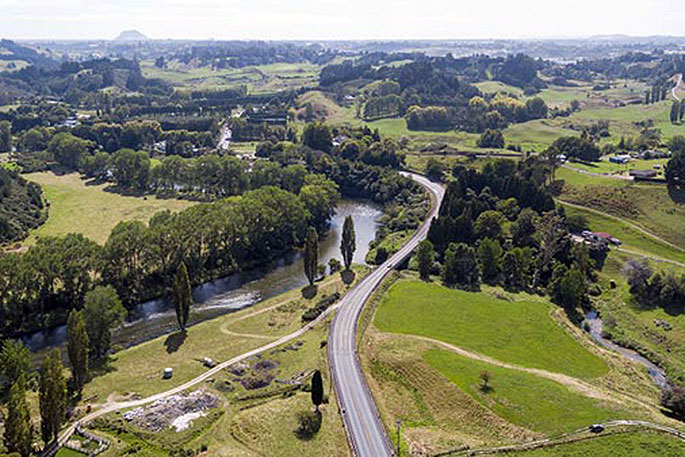 As the dry weather continues, Bay of Plenty Regional Council is asking people to make every effort to reduce water use – especially those in the rural sectors.

Regional council has been closely monitoring waterways across the region over recent months, and rivers and streams in the western Bay of Plenty in particular are seeing reduced flows, with some reaching near record low levels.

“We don’t want to see cases of fish dying or other aquatic life suffering because there is too little water flowing. It’s also about protecting the water bodies, the mauri and the close association that Māori have with these taonga.

“At the same time, we want to make sure rural water users who take from these waterways are still able to access water for their reasonable domestic, sanitary and stock needs.”

Steve says everyone can play a part by checking for leaks in their reticulation systems, reducing non-urgent water usage where they can and making sure all water takes are within the rules. While rural landowners in particular have a role to play in reducing water usage, Steve says everyone – urban and rural – should think about how they can reduce the water they use.

“We are asking our orchardists and farmers to monitor soil moisture content, with the aim of reducing irrigation where possible.

“Although there is predicted rainfall on Easter Monday, it may not be enough to alleviate the current conditions. So by taking action now we might be able to reduce the need to put restrictions in place.”

Last month regional councillors approved a process for issuing Water Shortage Directions under the Resource Management Act, which allows staff to put restrictions in place in certain catchments or waterways if there is environmental risk to particular streams or rivers.

Water Shortage Direction details will be determined on a case-by-case basis, but could include actions such as staggering the timing of water takes or reducing the amount or the purposes for which people may take water from a river, stream or from groundwater.

“If we do have to put a Water Shortage Direction in place, we’ll inform consent holders and water users in the affected catchments of the details at that time. It would be a temporary measure until we get enough rain to restore and sustain minimum base flows.

Steve says while it is the western Bay of Plenty that is under the most pressure, being mindful of water usage is something people throughout the wider Bay of Plenty region should consider.

Regional council staff have also met with some of the main water users represented by the Bay of Plenty Primary Sector Co-ordination Group, which includes agencies such as Ministry for Primary Industries, Rural Support Trust, DairyNZ, NZ Kiwifruit Growers and Māori agribusiness, to ensure a coordinated response to the effects of the current prolonged period of low rainfall for the region.

“MPI and industry groups are offering support to farmers and growers through their networks and the Rural Support Trust 0800 number (0800 787 524). We’ve also been in contact with our local district and city councils to monitor how their municipal supply systems are holding up but at this stage there are no restrictions on domestic water use.”