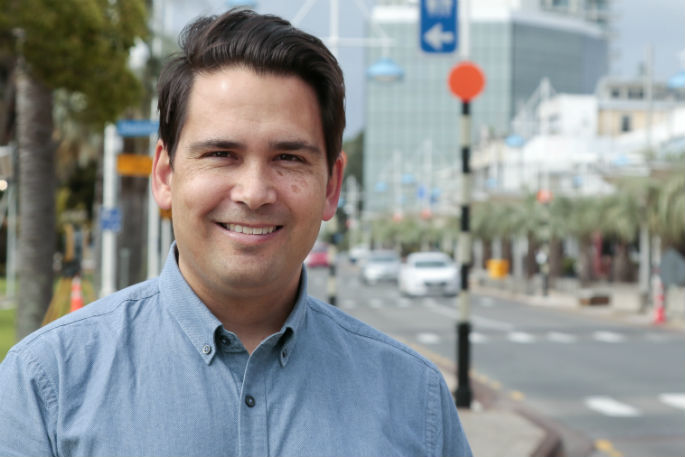 National Party leader Simon Bridges intends to continue a weekly commute between Tauranga and Wellington so he can effectively do his job in an unprecedented situation, he says.

Bridges is driving between his home and the capital during the COVID-19 lockdown to chair the Epidemic Response Committee, which meets each Tuesday, Wednesday, and Thursday to scrutinise the government's actions.

While MPs are joining the meeting remotely via Zoom, Bridges is working out of Parliament, and is driving himself back to Tauranga for the rest of the week.

He told Morning Report his decision to be in Wellington was "ultimately about effectiveness".

"This committee is definitely aiding the national response - I think we've seen testing improved as a result of it, I think we're seeing pressure on quarantining, I think we've got serious answers on the economy that matter, so I think it's a very significant role.

"There is no parliament sitting at the moment and parliament is the home of our democracy, and so in the absence of that having a committee chair but also the leader of the opposition where it's happening, able to focus, have the resource to be able to ask the questions that need answering, with the press gallery there, is fundamentally important."

He says the internet connection is better in Wellington - but that isn't the issue that mattered.

"Alternative voices that are asking the questions that New Zealanders want answered, that are able to provide constructive scrutiny are very important.

"We're in an unprecedented situation of no Parliament - which is the home of our democracy.

"I don't think its actually a big call to say the leader of the opposition should be here doing my job."

Asked if he would continue driving between the two centres he said "That's my intention, yes".

Simon says Prime Minister Jacinda Ardern is "between a rock and a hard place" in deciding whether to sack Health Minister David Clark, who offered his resignation for driving his family 20km from their Dunedin home to walk along a beach during the level 4 lockdown.

Jacinda demoted David and stripped him of his associate finance minister role, but said to avoid massive disruption during the country's response to the COVID-19 pandemic she would not fire him as health minister.

Simon told Morning Report the prime minister had got it about right.

Ultimately David's position would be unsustainable, he says.

I hear Simon’s points and there is little risk to anyone if he is driving alone; but it is still a hard pill for most people to swallow when THEY can’t drive anywhere... As for poor Internet in Tauranga, one of the best ISPs in the country is based here, and they provide superb service and excellent technical support. (I have high speed broadband from them and it has availability over 98%. I don’t think service in Wellington will be any better.) For any politician, there is a fine line between "Do as I say" and "Do as I do". The best Managers (leaders, in a political sense) understand that they are examples to others and realize how their actions will be seen by others. Simon has made a reasonable case, but there will be many who are not persuaded.

If you wern't so negitive

maybe you could learn how to use modern technology to converse instead of risking yours and your family as well as everyone in Tauranga’s LIFE by commuting 1200km a week. Great example NOT.

Is this guy serious. Goes on about the health minister etc etc then uses Jacinda’s bubbles as a valid reason to drive back and forth from wellington. Does he not stop for petrol, breaks etc and if so how does work within the "bubble". Has made himself look a real fool as well as the recent photo in New World at the Mount. One rule for Simon??????

Only gets 50% internet.Tui Yeah right.He want’s to be in Wellington to get in on the TV presence.He leads a committee and it should not be a one man committee.

Stay in one place!

Why can’t he just stay in one place during the lockdown? Surely he can stay in Wellington for a few weeks? Other families are also living separately during this time, and doing it hard. Losing so much respect and credibility by persisting in this hypocritical behaviour. If he crashes, then he’s placing all the emergency workers at risk. Just lost my vote. Man up Simon.

Selflessness versus totally self focused

This is Simon Bridges call, and what a change it is to see a decision on the part of a politician that reflects a desire to ensure best outcomes for the community he represents, rather than the selfish personal recreational pursuits and optional choices many seemingly would make. Not at all comparable to the mindset that loads the car with the wife and kids for a day at the beach.... Frankly it beggars belief and disappoints that we have those amongst us who cannot or unwilling, to distinguish between a totally selfless act and a totally selfish action, who cannot put their political bias aside during this critical period. I’m guessing those with this mindset would put themselves first and stay at home drinking coffee on the taxpayer or ratepayers purse, and if forced to drive, would use a taxpayer funded limo and driver!