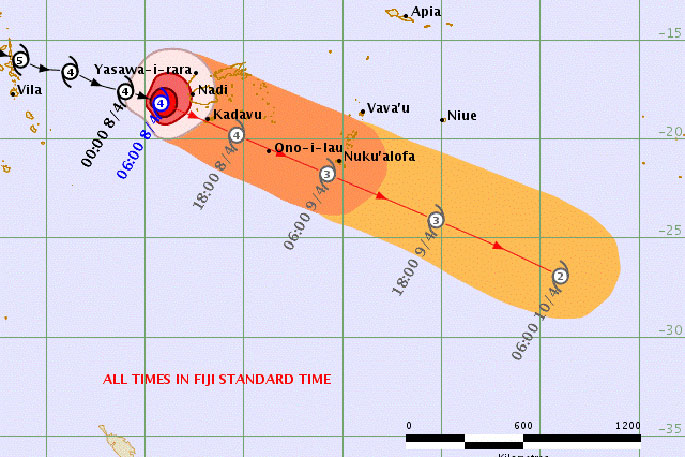 Tropical Cyclone Harold remains a Severe Category 4 cyclone today as it brushes past the south western and southern sides of Fiji.

The bulk of the storm should remain offshore but gales and flooding rains are possible over the main island and smaller islands to the south could be directly impacted.

By noon today Cyclone Harold should be centred south of Nadi and Suva out at sea, says WeatherWatch.co.nz

"By tonight the storm will be churning to the south east and tracking south east away from Fiji and in towards Tonga.

"Harold may well still have severe cyclone status when it passes by Tonga on Thursday.

"Those in Fiji today must remain vigilant with any ‘wobble’ of the storm possibly bringing it closer to land – although this is not forecast to happen it can happen."

Category 5 Cyclone Winston in 2016 was also forecast to remain offshore but at the last minute wobbled and directly made landfall in Fiji. 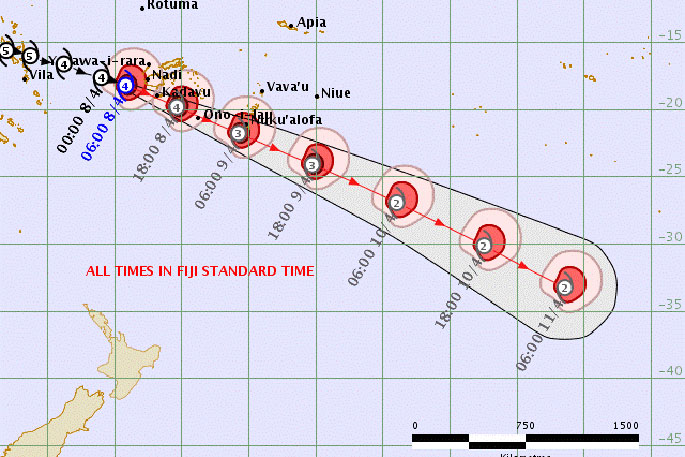 The set up for Winston was different to Harold and Cyclone Harold has a natural pull away from Fiji rather than directly into it.

"As for Tonga the storm could pass directly overhead but landfall in Tonga is always tricky as the centre of cyclones can be larger than the nation itself.

"Tonga has high chances of being directly impacted by Harold, but one positive is that the storm will be moving faster by then and weakening too.

"It may still remain Severe Category 3 status however but latest modelling shows it tracking just to the south of Tonga on Thursday." 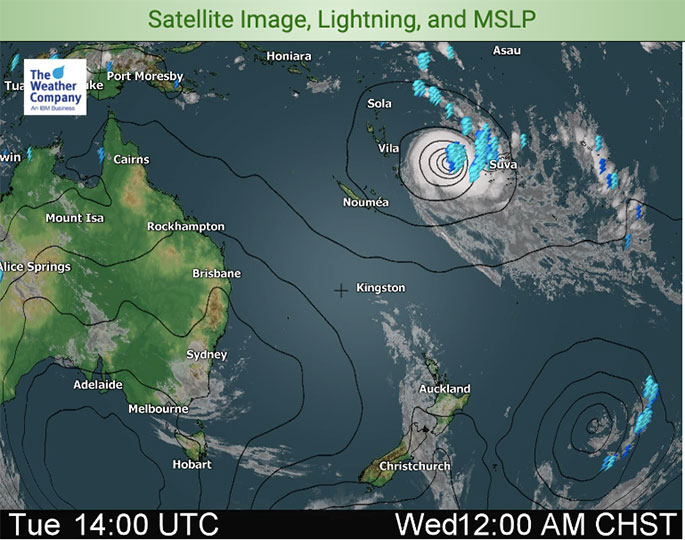