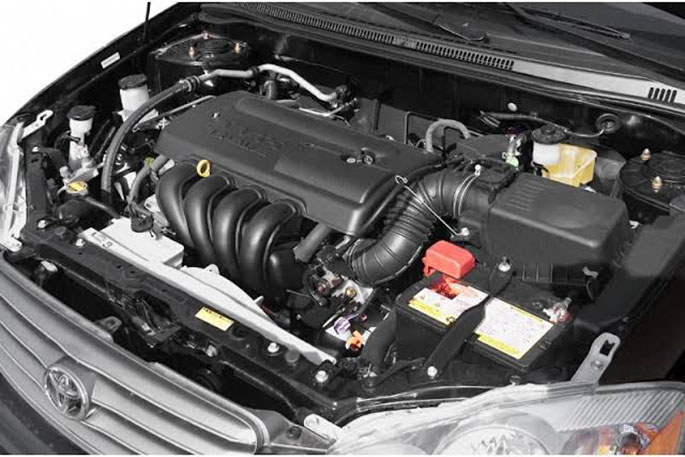 Check your car battery. It may be going flat with lack of use. Photo credit : Joel Hannah

A Tauranga mechanic is issuing a warning for car owners stuck at home during the lockdown.

Since the lockdown began, many private vehicles have been used just a few times, if at all, for short travel trips to do grocery shopping or obtain other essential supplies.

Joel Hannah from Davidson Motors in Tauranga says people should be turning their car motors over every couple of weeks.

“The battery is the biggest thing at the moment,” he says.

“Ideally you want to drive it because that generates a bit of load for the battery, but that's hard at this time because you're not meant to be driving.”

The next best option is to park your car outside in the open air, like in the driveway, and letting the motor run for about half an hour, says Joel.

Definitely don't do that in the garage though, he adds.

Joel says a car battery should be able to last a couple of weeks without use but if it doesn't, it could be a sign that it's past its best.

Up till now, more regular vehicle use may have been hiding an underlying battery fault, says Joel.

“People may not have realised they have a problem yet because they did a big grocery shop initially.”

“I think we're going to find a lot buggered batteries at the end of this [lockdown].”

Most modern cars have auxiliary fans that cut in to prevent this. But I take your point. I guess the thing to do is just check it every 10 minutes or so and make sure it isn’t overheating. My own car has no problem with idling for 30 minutes and it is a 1990 model... :-) (Idle is set to 750 RPM)

Never heard such dribble for one a good battery should start even after 3 months, if its flat after sitting for 2 weeks it will die this winter and good chance it will need replacing soon, its cheaper just to buy a small solar charger, if your car overheats while sitting then u have a cooling problem, i sometimes have to sit for hrs using a/c in 30C heat and no overheating But never leave yr car running unattended in saying all this it is recommended to run the car atleast within a month to help stop moisture entering the engine from the exhaust valves to stop valves from rust

Be super careful leaving your car running in your driveway, opportunist might try flog it and insurance won’t cover you

you shouldn’t let your car motor idle for any length of time as this would let the motor overheat due to lack of air passing through. better to let it run a little faster than idle