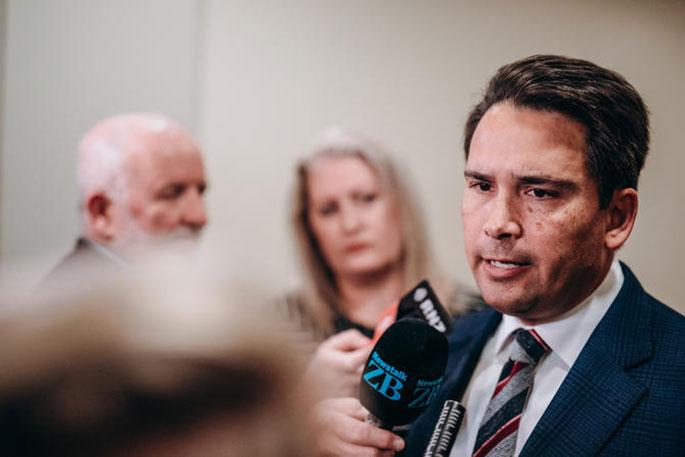 The opposition leader is defending his decision to commute between Wellington and his home in Tauranga during the COVID-19 lockdown.

Simon Bridges is chairing the Epidemic Response Committee, which meets each Tuesday, Wednesday, and Thursday.

While MPs are joining the meeting remotely via Zoom, Bridges is working out of Parliament, and driving himself back to Tauranga for the rest of the week.

"I don't take these things lightly, but I am the leader of the opposition, I've got constitutional duties, I'm running a committee in extreme circumstances where there is no Parliament.

"I have to do that in the best way possible and it seems to me that does mean doing it in Parliament where I have the resources, where I can do it in a professional way, and I'm available to media."

Simon says he doesn't have concerns about his travel going against the advice not to take long road trips during the lockdown, because his role is essential.

He says he didn't consider relocating his family to Wellington for the shutdown, saying that this was "absolutely an appropriate way to organise things" and no different to what other senior politicians and officials are doing.

Simon says he had not spoken to the Speaker about his travel arrangements.

"I don't think he has any role whatsoever in this. I'm the leader fo the opposition, I've got constitutional duties here in the absence of Parliament, and so that's what I'm doing," he said.

Simon says they are there for the "same reasons I've given", but said that this week he would be the only committee member in Parliament.

He couldn't confirm if that would be the case for the rest of the lockdown.

"I don't know, I suppose that's ultimately for each individual Member of Parliament in terms of how they do it, but as far as I see it it's likely to simply be me."

As he drove alone, there was probably no real harm done, but it sends a bad message to others who are chomping at the bit but CAN’T go driving.I was disappointed to see that he was shaking hands with people when he arrived; that’s probably MORE dangerous than the car trip. We don’t need any of our leaders (including Simon) to be brought down by this virus. I fear for Boris Johnson at the moment and that is bad enough.