Artist forges ahead with virtual exhibition 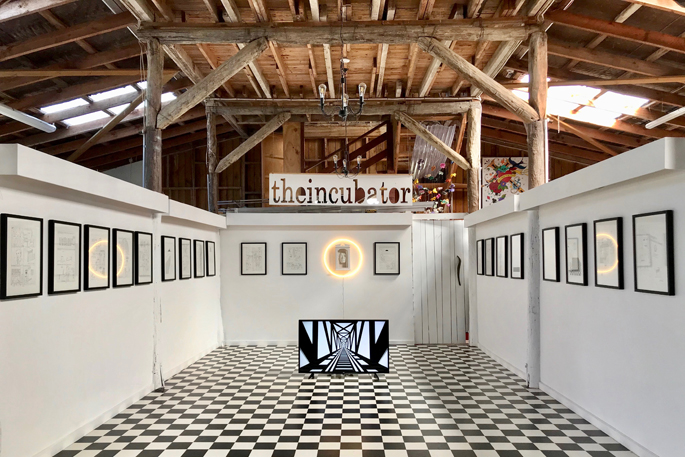 The Basaloid Project exhibition as it currently hangs at the Incubator, ready for its virtual opening on April 9.

A Mount Maunganui artist is launching their virtual exhibition ‘The Basaloid Project’ through the Incubator Creative Hub this week.

Artist Kalou Koefoed says above all, the project is a call to creativity.

Named after this type of cancer, the project has three parts: A graphic novel, an exhibition, and a workshop.

Kalou hopes to inspire people “to grab life by the balls and do the things they long to do, right now. Because, why wait?”

The exhibition was meant to open to the public with a usual wine and nibbles style event on April 9 at The Incubator Creative Hub, Tauranga.

But as New Zealand rapidly went from COVID-19 alert level 2 to 3, and with alert level 4 looming, Kalou took matters into her own hands.

The show features 22 works of illustration, sculpture and video - all of which make up the pages of The Basaloid graphic novel.

Kalou says the graphic novel is told through the use of metaphor and symbolism.

The workshop will be offered online, and is free to download after April 9.

Working on this project has been a way of making sense of my illness, says Kalou.

“I wanted to create something meaningful and brave out of something hard and ugly.”

Funded by Creative New Zealand’s Creative Communities Scheme, The Basaloid Project will be launched on April 9, via Facebook and Instagram.