Don‘t be a DIY disaster - ACC urges care be taken 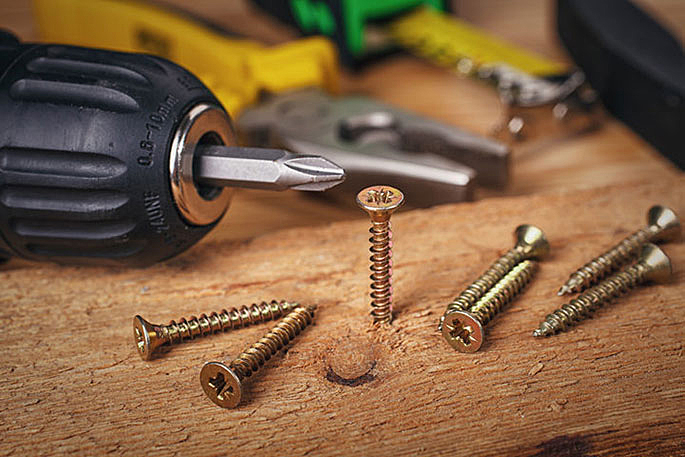 'DIY is in our DNA' as the hardware shop advertising slogan goes, but the Accident Compensation Corporation is asking those emboldened to tackle jobs around the house to take extra care, even if they do think they have that supposed Kiwi genetic advantage.

ACC figures have routinely shown that the home is the number one place New Zealanders hurt themselves. The corporation said it was expecting a rise in accidents that were associated with home and garden improvements during the lockdown.

In 2019, more than 1.3 million injuries occurred in and around the home, with gardening and DIY activities accounting for 96,782 of those claims.

While Dunedin photographer and designer Paul le Comte has lost much of his regular work due to Covid-19 cancellations, he was hoping to use the time to gain a new bedroom for one of his teenage sons in the family's upstairs study.

As most New Zealanders raced to the supermarket for tinned food and toilet roll, he headed off to gather paint and plasterboard.

"When I heard that Jacinda was doing that special announcement and everyone was speculating that we're going to go to level three or possibly four, I said to my wife that 'I'm going straight down to the hardware store, now'."

As he listened to the to the prime minister's address on RNZ from the aisles of the store, he noticed customers starting to pour in.

"I must have been maybe only one of about maybe two or 10 people in the hardware store. And within half an hour of me wandering around, it was just packed. It was insane. It was full of DIYers grabbing paint and rollers and everything. It was brilliant."

Paul describes himself as an experienced DIYer, who is always careful. But he says it was playing on his mind a bit that he would need to take extra care at the moment. Especially when he was working from a height.

"You've got to be careful with the ladder. And make sure it's on sure footing. Don't put it on an old bit of wood that's lying around or anything like that."

ACC head of injury prevention Isaac Carlson says it was currently tallying up injuries since the lockdown began, and it expected an increase in DIY-related injuries. Isaac urges DIYers not to rush and to use protective equipment.

“Most of these injuries are preventable just by taking time and doing the job properly."

As many households juggle children and working from home, he says those who undertook home improvement projects needed to focus on the task and make sure someone else was supervising the children.

For those who want to get the garden spick and span, the National Fire and Emergency service has asked "please don't burn your garden waste".

Community Readiness and Recovery national manager Steve Turek says the service is bracing itself for a surge in rubbish fires.

"Every time we respond to an incident, that puts our crews at risk of coming into contact with somebody with the virus. But equally, we have to respect that we can transmit it by being called out to attend their incidents."

He says there is still a heightened risk in many parts of the county, because of the recent drought.

For those planning a bit of renovation or some lockdown landscaping, the message is clear: Be careful, be focused and don't take any extra risks and that might break your bubble with visits to the doctors or a visit from the fire brigade.