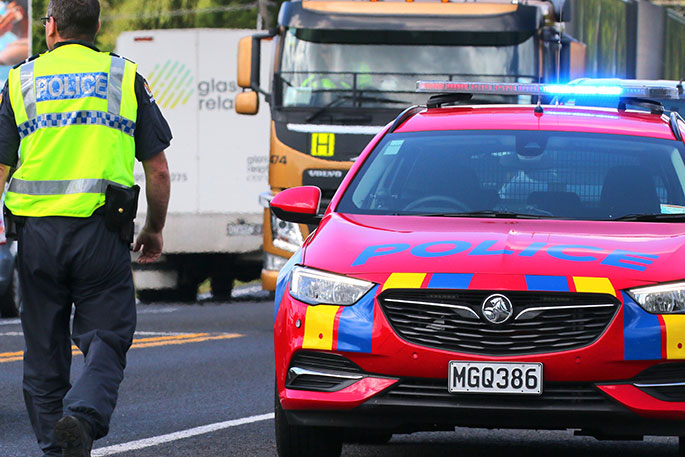 Police investigating an indecent assault are looking for a pair with possible links to the Kawerau area. Photo: Daniel Hines/SunLive.

Police investigating an indecent assault are looking for a pair with possible links to the Kawerau area.

Officers are seeking witnesses to an indecent assault on the Riverside walkway between Studholme Street and Avenue Road South, Morrinsville at around 6.30pm on Tuesday.

Police ask anyone who was in the area at the time and saw anything suspicious to come forward.

"We would also like to hear from anyone who has information that matches the description of the following man and woman," says a police spokesperson.

"He is thought to be in his late teens to early twenties and between 150cm to 160cm tall."

Police say he was wearing a black and white checked shirt, black coloured ‘Dickies’ type shorts, had no shoes on and had a red and black coloured backpack.

The woman is described as a Caucasian female of skinny build with long brown hair.

She is thought to be around 20-years-old and roughly around 160cm tall.

"She was wearing a dark green or grey sweater and green tights, white shoes and a pink baseball styled cap.

"The pair are thought to have connections in the Kawerau area."

Anyone that has information that matches the description of the man and woman mentioned are urged to contact Police be calling Detective Constable Ross on 021 192 3055.

Information can also be passed on anonymously by calling Crimestoppers on 0800 555 111.