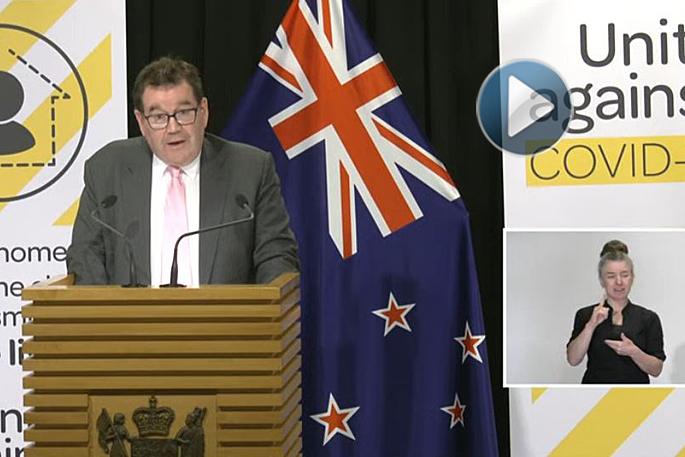 Updated: Finance Minister Grant Robertson says the most important thing government can do is keep people in jobs, and New Zealand is well placed to build back up after the lockdown.

Grant says the wage subsidy has paid out $4.8 billion in the last two weeks, helping nearly 800,000 New Zealanders, 120,000 of who are sole traders or self employed.

The government will be introducing legislation to make changes to the Companies Act to help companies facing insolvency due to COVID-19 to remain viable and keep New Zealanders in jobs, he says.

The temporary changes include:

“These measures will support the Government’s work to cushion the economic impact for New Zealand and to support businesses and protect jobs and incomes,” says Grant.

“We are announcing these decisions now to give businesses certainty that these measures are being worked through. We will be asking Parliament to agree to make some of these changes retrospective.

“While they will help increase certainty and provide practical assistance to business owners and directors, the changes must not be seen as a workaround for obligations to creditors and the responsibility of directors to act in good faith.

“I want to emphasise that these changes will not mean that directors are free to disregard the consequences of their actions for the next six months. Other protections in the Companies Act, such as those addressing serious breaches of the duty to act in good faith and punishing those who dishonestly incur debts, will remain in place.

“Going into a Business Debt Hibernation will give businesses the space to talk to their creditors about prioritising paying some debts, and deferring others for six months.

”It is inevitable that some businesses are going to have to go into liquidation. However these measures provide an accessible and pragmatic means of helping some businesses to weather the storm in a way that does as little harm as possible to creditors’ interests.

He urges businesses to talk to their creditors and banks, and also reminded them that the government had a Wage Subsidy scheme in place as well as a Business Finance Guarantee Scheme, which can offer loans up to $500,000 over three years.

He says the best way to get the economy back to normal is to follow public health advice.

“If we get this virus under control it will be not only the best thing for our health, but also our economy.”

Earlier: Finance Minister Grant Robertson is delivering an update on the COVID-19 situation this afternoon.

A total of 103 people have recovered from the virus so far.

"There are 13 people in hospital. One person is in ICU. They are all stable," says Ashley.

Ashley says they now have the capacity to carry out 5400 tests a day.

There is still strong links to overseas travel.

He says 49 per cent of cases are linked to overseas travel and 39 per cent have confirmed links to positive cases.

Community transmission is still at one per cent, but Ashley believes this will increase as they continue to investigate the remaining cases.

Are we idiots!?? Come on you fallus

Holy crap . . . If a company is trading in solvent is that not the Same as us silly buggers working for them and through our tax dollars keeping them "in business" being bankrupt??? How bloody stupid are we???