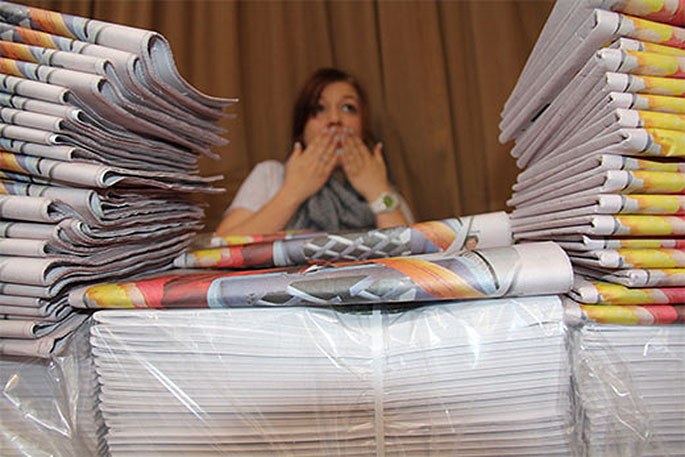 The Free Speech Coalition is launching an urgent judicial review of the Ministry of Culture and Heritage’s decision deeming non-daily newspapers and publications as non-essential services during the COVID-19 lockdown.

Coalition spokesperson Jordan Williams says no High Court is going to uphold a bureaucrat deciding what media can and cannot operate.

This decision was done without any consultation, and on the basis of only daily newspapers and broadcast media being deemed ‘essential’, says Jordan.

“Assuming the smaller publications can take the same distance and health measures as the ones currently publishing, there is no justification in shutting them down.”

“Even at a time of emergency, no civilised society can justify the Government deciding what parts of the media are important and not important. The maxim ‘this is a dangerous precedent’ is overused, but in this case, it literally is.”

Ethnic media, which have now been banned from publishing, reach audiences that the daily press does not, says Jordan.

He says this is similar in smaller or aged communities where online access is limited.

“The decisions made by the Government in the last ten days are probably the most significant in our lifetime.”

Weekly and monthly publications like North and South, the Listener, and ethnic newspapers serve a vital role in the community’s conscience and holding our leaders to account, he says.

“That is just as important as daily news. These magazines are functionally no different to the likes of music radio or entertainment television, which is allowed to continue broadcasting.

“Even at times of war censorship, the Government didn’t choose who could print and who couldn’t.

Jordan urges the government to rethink, or face a judicial hearing to review this “abuse of public power”.

...there are several studies undertaken by what appear to be very ’legit’ organisations online that simply say there is no link to Coronavirus being spread with newsprint media. So it would indeed make one think there may be more sinister implications here, but, and in fairness to the Government, after being given a little time to gather the facts, can be forgiven for the error and re-instate this important form of media.

In a time like this their is plenty of communication on TV,Radio and the Internet.We need to reduce contacts as much as we can to get through this.