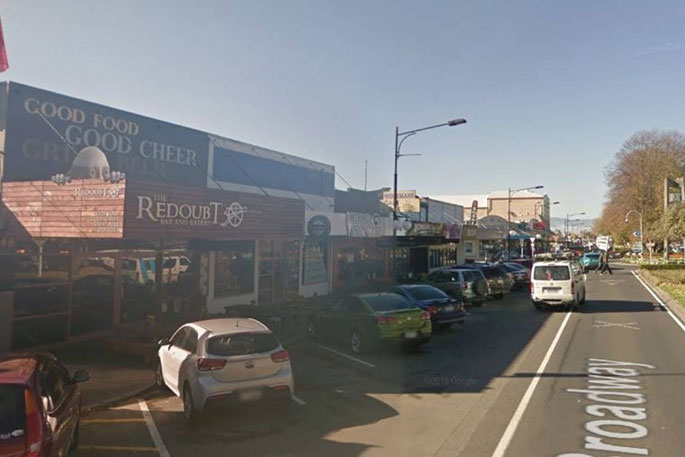 Redoubt Bar and Eatery in Matamata posted on its Facebook page that a staff member had tested positive for Covid-19. The restaurant had closed it's doors on Wednesday due to the lockdown. Image; Google Maps.

A new cluster of Covid-19 cases linked to a single social event has been identified in Matamata, according to the Ministry of Health.

On Sunday the ministry updated its current cases' information showing a new cluster of 15 confirmed cases in the the Waikato town, bringing the total cases in Waikato to 63.

This follows a previous cluster of now 11 confirmed cases at the Assisi rest home and hospital on the outskirts of Hamilton.

The Waikato District Health Board confirmed to Stuff on Sunday it had identified 15 cases in a cluster in Matamata and several others who are closely connected are awaiting test results.

Three Matamata eateries have confirmed on social media that staff have tested positive for Covid-19 with one person from Matamata currently in Waikato Hospital.

"We are working with the Ministry of Health to complete contact tracing and encourage all residents to continue following the Government guidance to stay in your bubble and practise good hand hygiene."

Redoubt Bar and Eatery posted on its Facebook page on Friday that a staff member had tested positive for Covid-19. The restaurant had closed its doors on Monday.

"We have been in daily contact with the district health board and have been reassured that everyone is doing what they should be now. Self isolating and watching for symptoms.

"Our hearts go out to the other Matamata businesses who are in the same boat. You can't help but feel guilty even though we were operating according to all guidelines.

"We wanted to let you know as communication is key. We love our community and hope you are all keeping safe."

O-del-emz coffee shop also posted to social media to say that, even with tight protocols, one of their staff members had also tested positive.

Waikato also had its first confirmed case of a child being infected on Saturday. The child is a female aged  between 1 and 4, according to MOH data.

"They provide assessment and swabbing for people who may have Covid-19. Before attending, people should first contact Healthline or their GP who can advise whether assessment is required.CBACs are a safe way to allow assessment with visitors required to remain in their vehicle at all times."

On Sunday, New Zealand had 63 new cases bringing the total to 514, including 56 people who had recovered.

But Sunday, also brought confirmation of the country's first death due to Covid-19 – a West Coast woman in her 70s.The woman had initially been diagnosed with influenza that was complicated by an underlying health condition, and a positive Covid-19 test came through on Friday. The 21 staff who treated her were self-isolating.

There were nine people in hospital across the country – three in Wellington, and a case each in Blenheim, Nelson, Whāngārei, Taranaki, Waikato and Dunedin.

by opening trading at supermarkets over Easter as well. Never had to before why do we need to now. Use the time we are given wisely and shut the whole lot down. Don’t even need the dairy open. Your idea of Easter trading because we’re in lockdown is not only ludicrous Jacinda it’s also against everything you’ve been saying.