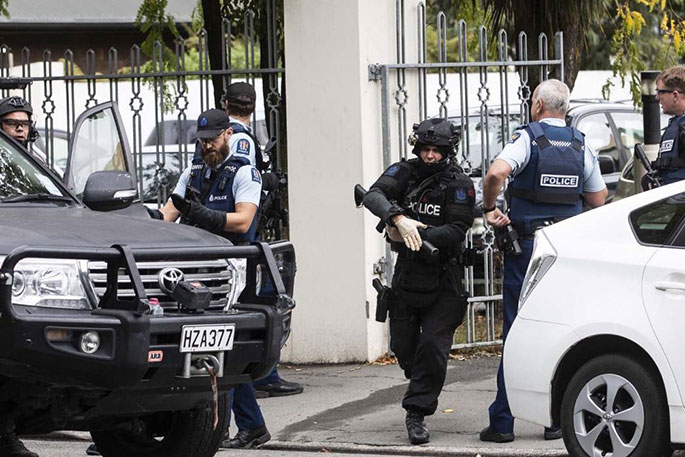 Fifty-one people died as a result of the March 15, 2019 attack. Photo: GEORGE HEARD/STUFF

The man accused of the Christchurch mosque attacks has entered shock guilty pleas.

Amid extraordinary coronavirus lockdown restrictions, Brenton Tarrant, 29, appeared via video-link in the High Court at Christchurch on Thursday morning and admitted 51 charges of murder, 40 charges of attempted murder and a charge of engaging in a terrorist act.

He'd previously pleaded not guilty to all the charges and was scheduled to stand trial on June 2.

The guilty pleas to 51 charges of murder, 40 charges of attempted murder and one charge of engaging in a terrorist act were taken via an AVL link from Auckland Prison.

Arrangements for the court hearing were made at short notice after the Defendant indicated, via his counsel on Tuesday afternoon that he wished to be brought before the Court.

Police Commissioner Mike Bush says police appreciate this news will come as a surprise to the victims and the public, some of whom may have wished to be present in the courtroom.

"Suppression orders were put in place to allow Police, Victim Court Advisors and Victim support to advise as many of the victims as possible prior to the news being made public.

"Sentencing will not take place until it is possible for all victims who wish to attend the hearing to do so.

"Due to the COVID-19 epidemic that will not be possible for some time."

"Police, Victims Court Advisors and Victim Support will be in touch with individual victims to update them on the sentencing process, including the process for providing Victim Impact Statements and presenting those statements at the sentencing hearing if they wish to do so," says Mike.

"While the sentencing hearing is still pending, today’s guilty pleas are a significant milestone in respect of one of our darkest days.

"I want to acknowledge the victims, their families and the community of Christchurch – the many lives that were changed forever. They have inspired all of us to be a kind and more tolerant community.

"I want to acknowledge the large team of Police staff who have been working diligently on preparing the case for court proceedings in June this year along with staff from the Christchurch Crown Solicitor’s Office."

This is New Zealand’s largest ever criminal prosecution.

"I also want to acknowledge the many Police staff and other agency staff that worked on this case in any capacity and commend them for their hard work and professionalism.

"As the sentencing hearing is part of the judicial process, at this stage Police will not comment further until after sentencing."

His sentence for each will served consecutively and he is deported back to Australia. NZ has more than paid the price.

Fling him home to serve out his sentence in Australia just like they do with kiwi born crims, only do it quickly and not after his term expires

… with an extremist like this? He will never be rehabilitated, he will never even be truly remorseful, and there’s nothing he can ever do that would make any amends for his disgusting act. So, we feed and clothe and house him in custody for the rest of his life at a cost to decent taxpayers, approaching a million dollars. Two wrongs don’t make a right, and I really don’t like capital punishment, but MAYBE there are SOME cases where we should employ it.