One killed in Western Bay crash 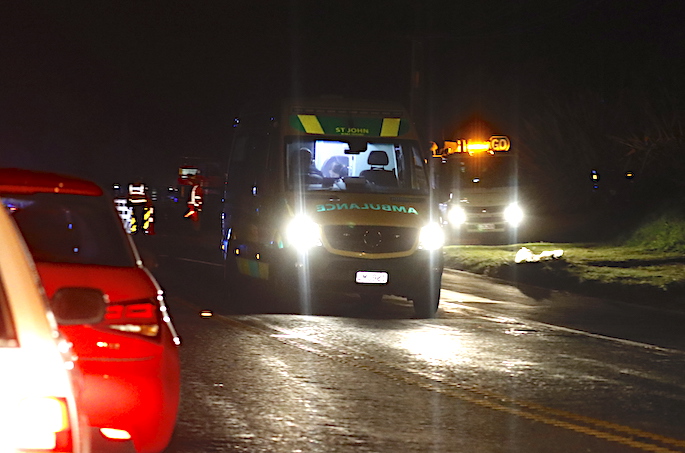 The scene of the fatal crash. Photo: Daniel Hines/SunLive.

One person is dead following a two car crash on State Highway 2.

Emergency services were called to the scene of the crash, near Aongatete, at 8.30pm.

A police spokesperson says two other people have moderate to serious injuries and were taken to hospital.

The highway was down to one lane for several hours.

"The circumstances of the crash will be investigated," says police.

People with information about the crash can contact the police 105 number.