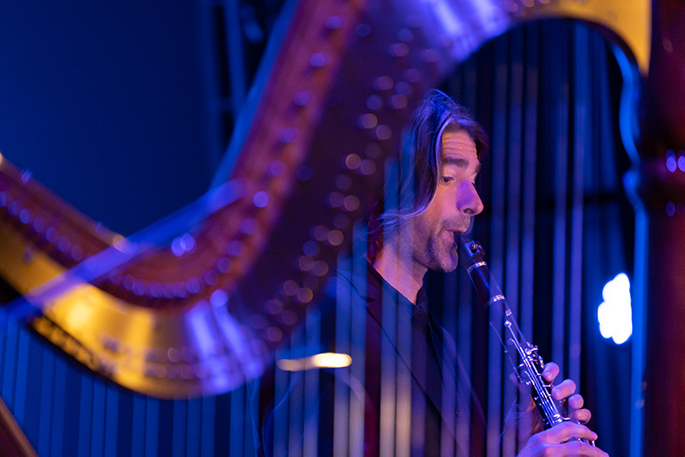 The New Zealand Symphony Orchestra will take the stage tonight, but this time audience members will be watching from the comfort of their own homes.

‘Play Our Part’ is a free livestream performance for New Zealanders to enjoy amidst the new COVID-19 restrictions.

NZSO concertmaster Vesa-Matti Leppänen and several others have filmed themselves at home each playing one of their favourite pieces of music.

"We had to move fast, as all NZSO players and staff, like most New Zealanders, will have to stay at home until Alert Level 4 is lifted.

“We decided that we could still present an online performance by having several players film themselves in their homes playing a favourite piece and premiere this unique NZSO performance online," he says.

With help from Wellington-based audio visual company Latitude Creative, the at-home performances are being edited, along with De Pledge on fortepiano, into one video performance.

"Most people must stay at home for the foreseeable future, they’ll still hunger for contact by other means. Music remains a vital force at this time. It can bring us together and lift our spirits,” says Peter.

“While NZSO players and staff player are at home they’ll still be active as technology means we can still connect to make music and present it to the nation."

Play Our Part will be the first of more NZSO at-home performances in the coming weeks under the Orchestra’s Engage@Home project, says Peter.

Other performances being considered include duets by NZSO couples who share the same home.

Play Our Part will premiere for free at nzso.co.nz/live at 7.30pm and can be viewed via smart TV, mobile phone, tablet or computer.