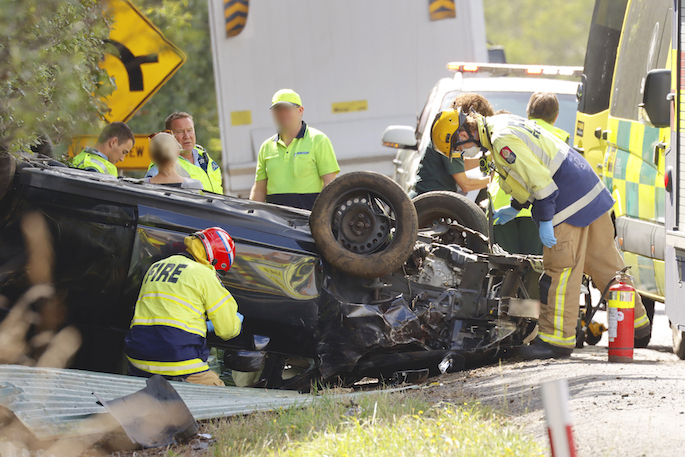 Emergency services are at the scene of the crash. Images: Daniel Hines/SunLive

Reports are coming in of a crash on State Highway 29.

A SunLive reader has messaged us on Facebook to says a car has flipped on SH29, right by Old Kaimai Road.

"It looks like one person is stuck inside the vehicle."

A reporter at the scene says traffic control is in place and is slowly traffic down.

"A car is upside down in a ditch.

"Police, fire and ambulance are all in attendance." 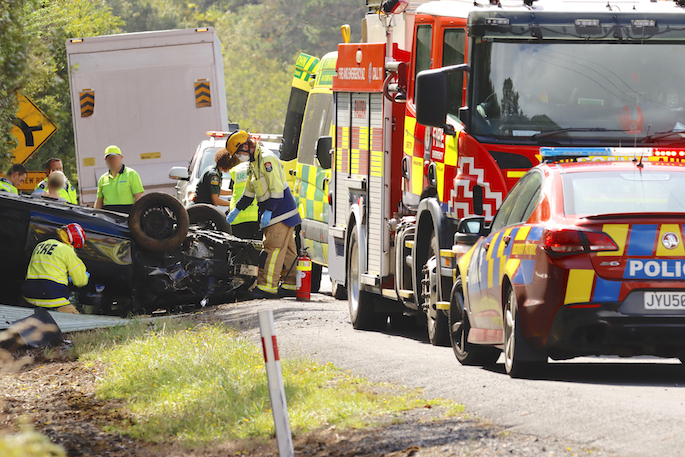 A police spokesperson says they were notified of a single vehicle crash at 11.22am.

"Initial indications suggest the person in the vehicle has sustained injuries.

"A tow has been requested."

People are being advised to expect delays in the area while the emergency services work to clear the scene. 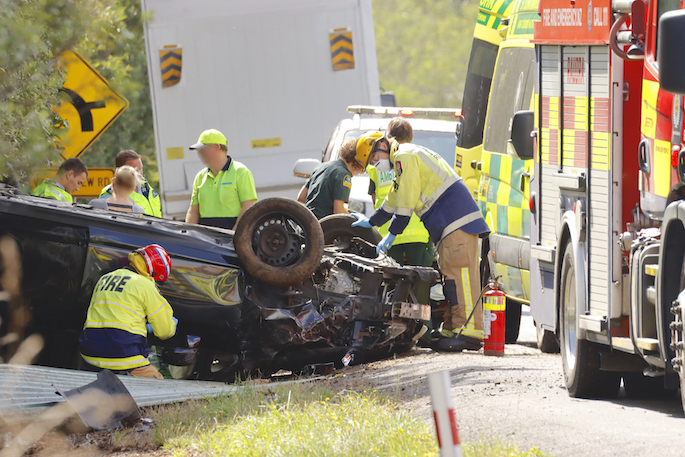