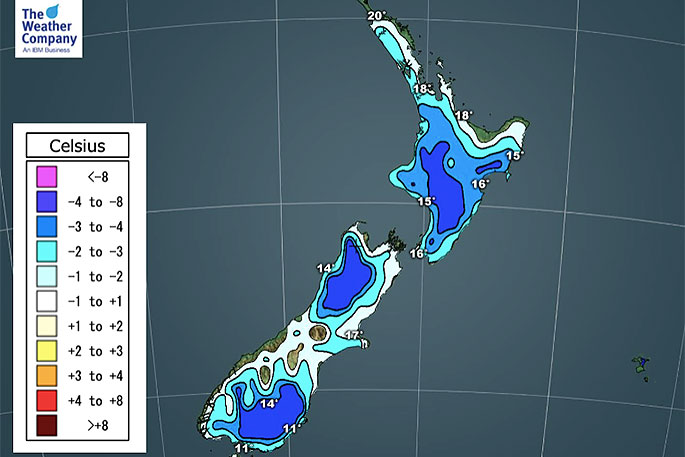 Autumn is all about ups and downs – some days wet, others dry. Some days hot like summer, others hinting winter is coming.

This week high pressure will take days to move in from the west but as this begins a colder southerly heads northwards, says WeatherWatch.co.nz

"Tuesday will be several degrees colder than normal in a number of regions – but in true Autumn style warmer weather bounces back just one day later.

"Some in the south have a cold Tuesday on the way with highs in some spots only just making it into double digits with highs of 10 to 13 degrees in Southland. While Wednesday is warmer, Thursday may again turn cold." 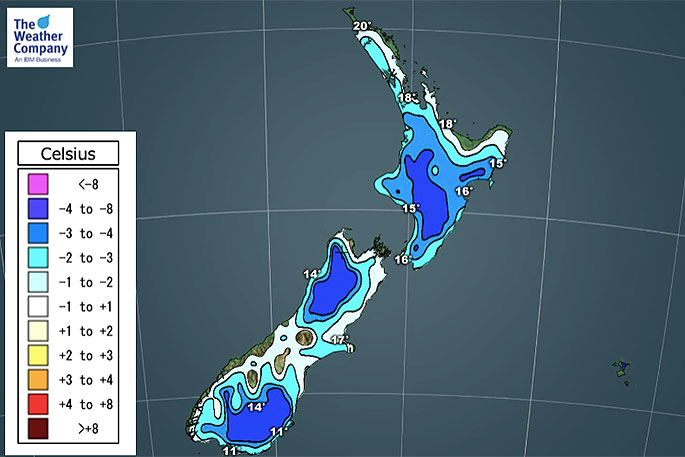 The east isn’t much warmer with Dunedin around 12 to 14 degrees and Christchurch warmer on 16.

"The colder air will spread nationwide with northern New Zealand finally breaking out of highs in the 20s, many places on Tuesday will be in the late teens.

"Even Auckland is dropping from highs in the mid-20s recently to 18 or 19 on Tuesday.

"Milder weather returns on Wednesday or Thursday in most places although the very lower South Island may have another late week cold change." 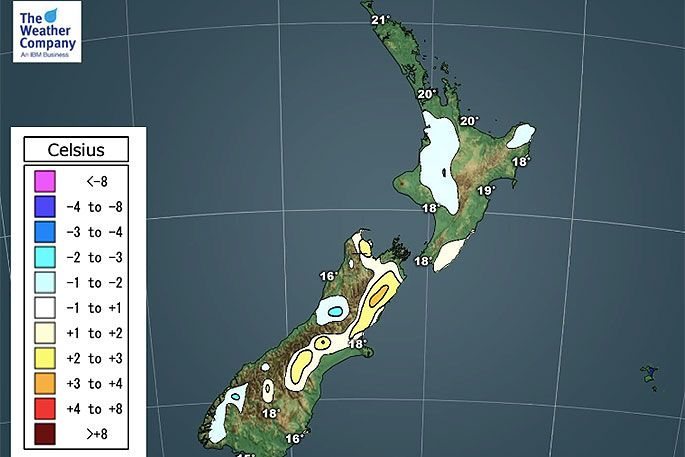