Coronavirus wrap: What happened on March 19 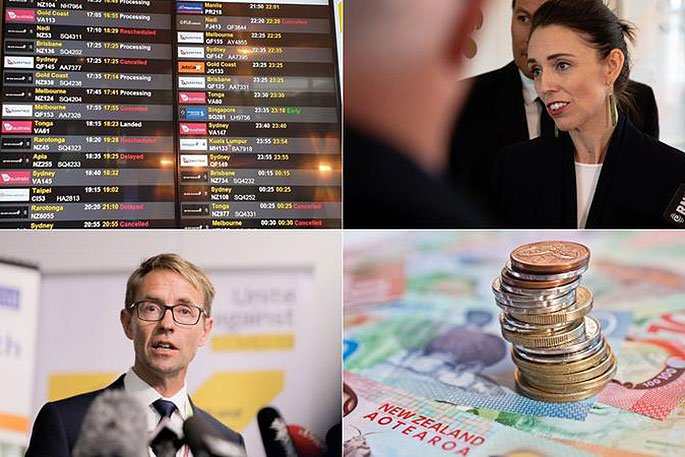 With the closure of international borders, New Zealanders are being told to prepare but not to panic, after confirmation of eight new cases of the Covid-19 coronavirus, bringing the total to 28.

Underlining the seriousness of the threat now posed by the Covid-19 outbreak, Prime Minister Jacinda Ardern announced the national border would be closed to anyone not a New Zealand citizen or permanent resident from 11.59pm on Thursday.

Earlier, she advised New Zealanders to prepare for the full effects of the Covid-19 coronavirus, but urged the public not to act on rumours and misinformation.

"We are in a very heightened state as a nation, and so is the world... The last thing we want is for that anxiety to be based on misinformation."

Speaking in Rotorua, she said New Zealanders needed to take social distancing "really seriously" and to put their trust in health authorities and not social media posts. She urged against panic buying.

On Thursday, Countdown announced it was introducing limits on some items to stop panic buying. It's putting limits of two items per customer on products such as packs of toilet rolls, hand sanitiser, personal wash, Panadol, wipes, pasta and rice.

Jacinda's comments came after a Kiwi who arrived back from Thailand this week said measures at Auckland Airport were "loose" and that she had felt safer in southeast Asia.

Auckland woman Maree Glading says she left the airport with no information on Covid-19 or self-isolating for 14 days, now a requirement of most people arriving in New Zealand.

"There was no, 'do you understand what isolation is? Are you prepared to isolate for 14 days?' There was nothing like that - no temperature checks, no hand sanitiser," she says.

She says the customs officer who checked her passport casually said, "Are you well?" before letting her pass through.

Ban on indoor gatherings of 100-plus

The government announced a ban on indoor gatherings of more than 100 people to help stop the spread of Covid-19.

It follows the prime minister's announcement on Monday that indoor and outdoor gatherings of 500 people or more should be cancelled.

"Large gatherings and events are a high-risk environment for the spread of infectious diseases like Covid-19, because people often behave in ways that facilitate transmission at these events," says Health Minister David Clark.

"People share food or drinks, sit or stand very close together for long periods of time and may cough or breathe on each other."

Womad New Zealand says it has been in contact with health officials and there has been no confirmed case of Covid-19 among fans at last weekend's festival.

Festival organisers took to Womad New Zealand's Facebook page to quell anxiety someone infected with Covid-19 had been at the event attended by up to 17,000 at Brooklands Park in New Plymouth.

"We've had a few enquiries regarding a potential Covid-19 case at Womad NZ 2020," organisers say.

"We've been on the phone with Health officials who have confirmed there has been no cases of people who have attended the festival and that the Womad festival management will be notified immediately if a case were to arise."

The New Zealand dollar fell more than two-and-a-half cents against the US dollar to a low of 54.7 cents, as it joined the Australian dollar in freefall.

It was also down against most other major currencies, including the pound sterling, euro and Japanese yen, and falling to an 11-year-low as it was caught up in the global selloff by investors seeking safety.

The kiwi has fallen 12 percent in the past couple of weeks. The Aussie dollar fell the most in a decade to touch an 18-year-low against the US dollar, which explains why the kiwi and Aussie dollars have been trading close to parity in recent days.

School given all clear

All 150 students at Logan Park High School have tested negative for Covid-19. Pupils from the Dunedin school were all close contacts of the 12th case, a teenager at the school.

The Ministry of Health said as a precaution, all of the contacts will remain in isolation for 14 days and monitored for symptoms. The school will reopen on Tuesday after a thorough cleaning.

The dire economic future of Queenstown businesses reliant on the tourism industry was on the agenda at a meeting between operators and government ministers today. 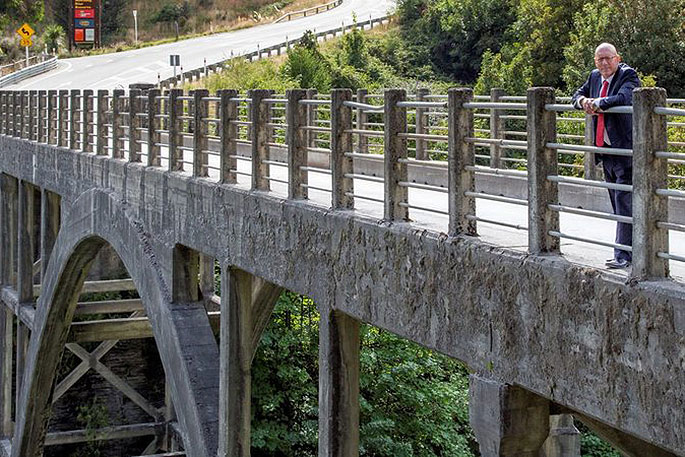 The ministers released details of a $600 million relief package to help the country's aviation industry ahead of the meeting.

Twyford said it was a very sobering time, not only for Queenstown, but for the entire tourism industry.

"We didn't sugarcoat the economic situation for Queenstown, the district and the tourism industry but neither did the businesses and leaders we just spent the last hour and a half with sugarcoat what they're going through for us.''