Eight new cases of COVID-19, one in Rotorua 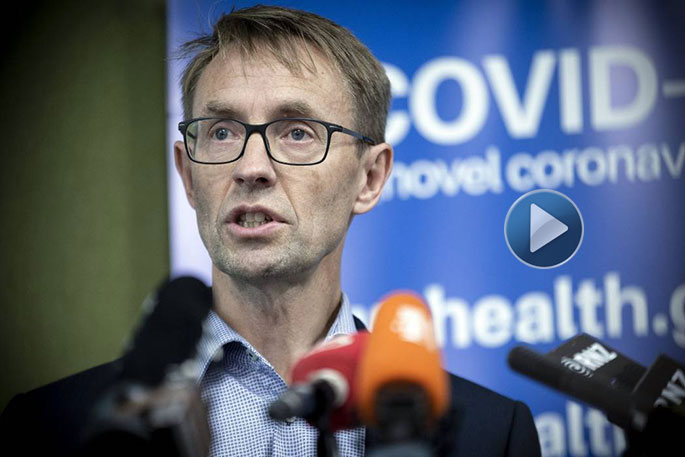 There are eight new cases of COVID-19 in New Zealand since yesterday - bringing the total number to 28.

The Ministry of Health's Director-General of Health Dr Ashley Bloomfield is updating New Zealand on the health response to COVID-19.

He says all the new cases relate to overseas travel and there is no evidence of community transmission.

Of the new cases, two are in Southland, two in Taranaki, one in Rotorua, two in Auckland and one in Northland.

One person is in hospital and the rest of positive cases are in isolation.

They will be required to take 14 days of self-isolation and those who were on the same flights into the country and sitting within two seats to the front, rear, and side and diagonally will be contacted.

"We are expecting more given the rapidly evolving situation overseas and the number of people who have returned to New Zealand if they are Kiwis or if they have come from other countries, from some of those hotspots."

For those who have travelled back from overseas and are asymptomatic, social distancing and self-isolation are important, says Ashley.

Ashley has no doubt there will be more cases of the Covid-19 coronavirus announced and says the ministry is setting up a specialised centre to handle tracing of close contacts.

Ahsley announced yesterday another eight cases had been confirmed, bringing the total in New Zealand to 20.

He's quick to reassure people the cases were all linked to other countries, meaning no community transmission has yet been detected.

"All these cases, as we said yesterday, are associated with overseas travel and of course over the last week or two we have seen people coming back from areas that have got outbreaks."

He told RNZ's Morning Report more cases like that were expected.

He says there are now hundreds of close contacts being sought, and the Ministry of Health is setting up a centre to handle that work.

"I have no doubt there will be more cases and that's what we would expect at this time and that's why we saw the big increase in cases yesterday, all associated with people coming back from overseas.

"It's really pretty tight on the border and the number of arrivals has gone down considerably."

He says all the measures being considered are being worked through by officials and politicians.

"Everything's on the table ... the challenge here is to think what you might need to do in two weeks then bring it forward and do it today.

"We've already had that cap put on gatherings of 500 and the Prime Minister's been clear that she's going to make further announcements about this, probably today.

"I think the key thing here is the gatherings is part of a suite of things that all New Zealanders really need to contribute to, which is that physical distancing - and that's going to be really important."

Let the Health experts get on with it and do not try and make political point scoring as this undermines what is going on and is not helpful to everyone concerned.