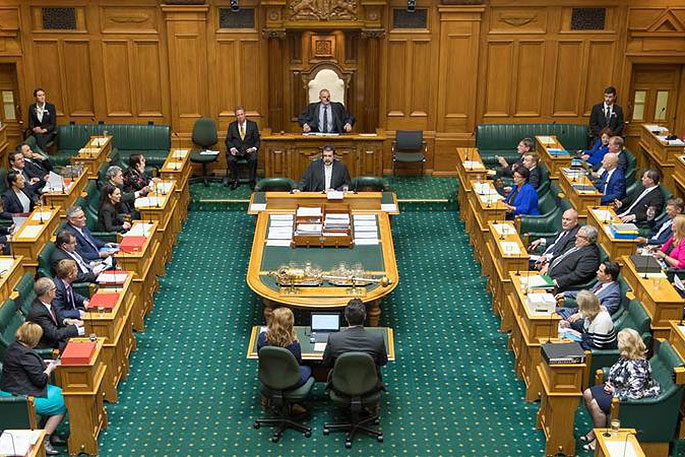 The Abortion Legislation Bill has passed its third reading in Parliament, meaning the procedure will now be removed from the Crimes Act.

The bill passed 68 votes to 51 - a much narrower margin than at the second reading.

Justice Minister Andrew Little says for more than 40 years, abortion had been the only medical procedure considered a crime in New Zealand.

He says Wednesday's change had finally come and safe abortion is legal.

There will no longer be any legal test for having the procedure earlier than 20 weeks, leaving a woman to self-determine whether to have the procedure, with advice from her doctor.

Previously two doctors were required to approve an abortion only if they determined there was "serious danger" to the woman's physical or mental health.

For an abortion to occur after 20 weeks, it could only be approved if deemed necessary to save the woman's life or prevent serious injury.

Earlier on Wednesday, an attempt to put the issue to a public referendum failed in a conscience vote during the bill's committee stage by 100 votes to 19 votes.

NZ First had supported the bill, introduced by Justice Minister Andrew Little, on the understanding it would go to a referendum.

The Green Party also failed in its attempt to reverse a blunder that resulted in "safe zones" being excluded from the legislation.

The bill originally proposed 150m safe-zones be placed around abortion clinics to stop protesters from harassing people coming and going.

Last week, a voting mix-up resulted in that provision being axed.

Greens' co-leader Marama Davidson had requested Parliament go back and reinsert safe zones, but MPs voted 77 to 43 against it.

Apart from medical or health reasons as assessed by doctors.If a womans plan is to have a abortion she should consider this with her partner and avoid sex or take appropiate protection.If a driver of a car kills a pregnant woman that driver faces two charges of death.