What we can learn from David Ross 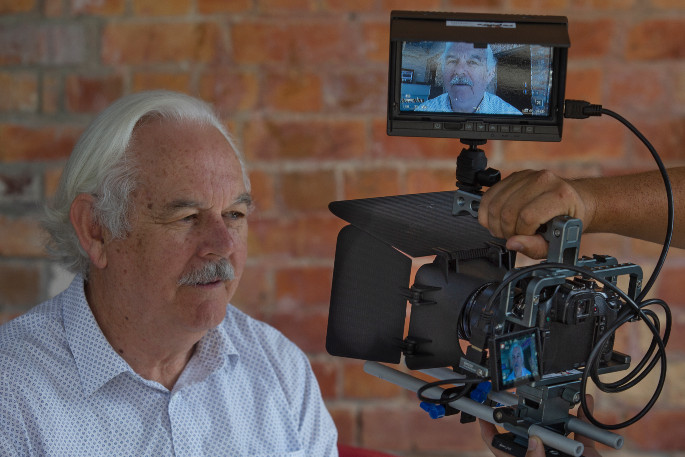 He was dubbed the Bernie Madoff of New Zealand – in reference to the New York fraudster serving 150 years.

And a judge described him as “a liar and thief operating on a scale unprecedented in New Zealand”.

Now the recently paroled Wellington Ponzi fraudster, David Ross, is going to be the subject of a Tauranga produced television documentary with the working title ‘GRoss MisManagement’. His company was Ross Asset Management.

“He has already done a pretty good job of that himself.”

The documentary will aim to equip investors on how to protect their money, using David Ross as the catalyst.

Using the David Ross case, the documentary will aim to put that into context.

“It’ll also examine the Financial markets Authority and Serious Fraud Office who combined to investigate Ross. It will also allude to the other parties – banks, solicitors, accountants and auditors who were all part of a scene and who in an ideal world should have very quickly picked up that David Ross was a Ponzi.”

David Ross was jailed in 2014 for about 11 years for his role in a massive $115 million Ponzi scheme fraud, ripping off more than 700 investors.

“What I came to appreciate was that Ponzis ruin lives,” says Gary.

“Ross was a skilled and sophisticated conman who was finally brought down by circumstances he couldn’t control.”

It was the experience of a university mate that helped trigger the documentary idea.

“He lost base capital of $400,000 with Ross Asset Management. But fortunately he had split his investment between two parties.”

But then there were many people who lost the bulk of their life savings.

“There was the couple who’d sold their farm and while they were deciding their next step, the money was put with David Ross and they lost the lot.”

It’s Gary’s first foray into documentary production but is an expansion of his work with online learning and training.

“Much of it within the financial industry, dealing with financial advisors and anti-money laundering legislation training.”

The documentary, which it is hoped will be seen on mainstream television, is at the final research stage and they’re now starting interviews. The plum, of course, would be an interview with David Ross.

“We have made approaches. We hope he will see it as a chance to present his side of the story. Our style is more Parkinson than Frost.” But if not, they will use docudrama reconstructions to illustrate how he operated.

Gary Benner believes the David Ross Ponzi case is an embarrassment to the industry.

“And it’s a story that demands to be told because it was allowed to happen, despite new regulations, management and legislation around authorized financial advisors.

“In fact, there were so many mechanisms in place that should have protected the investor. They needed to have the confidence that if someone proclaimed that they were an authorized financial advisor, that they were a good person. In the David Ross case, that was not so.”