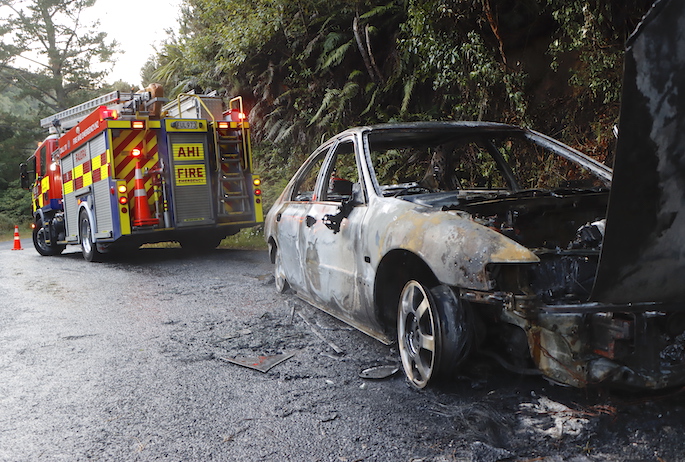 Firefighters were called to a suspicious car fire in Oropi this morning. Image: Daniel Hines/SunLive

A car fire in the Western Bay of Plenty this morning is believed to be suspicious.

Firefighters were called to the fire on Oropi Gorge Road at 6.12am.

Fire and Emergency New Zealand northern fire communications shift manager Peter Stevenson says the fire had also spread to about 60m of scrub on the side of the road.

He says the vehicle was completely engulfed in flames when crews arrived.

"We have one crew and one tanker there from Greerton.

"We have put the fire out and are dampening down hot spots.

"It is believed to be suspicious and police have been called to the scene."