A number of events cancelled amid COVID-19 fears 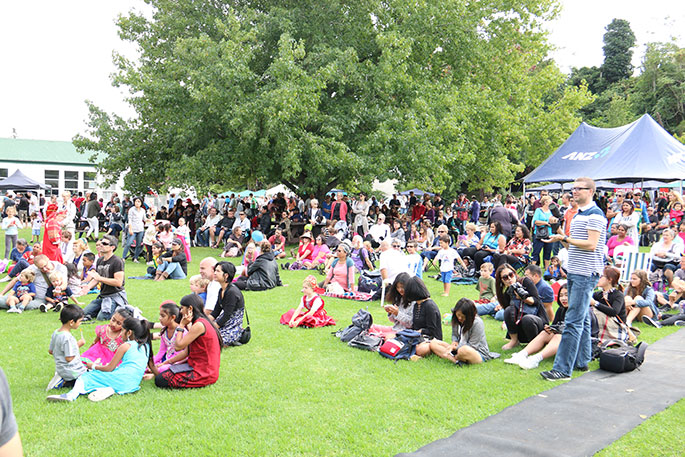 Gatherings of 500 or more people are either being postponed or cancelled.

The Multicultural Festival, the National Jazz Festival, Beach Hop, Super Rugby and Netball are just a handful of events which are being affected by coronavirus.

Prime Minister Jacinda Ardern announced on Monday that gatherings of 500 or more people will not go ahead.

She says the government's sole focus is protecting New Zealanders' health and economic well-being, and that was why the decision was made to cancel the mass gatherings.

"This applies to non-essential events such as festivals, fairs, sporting, religious and cultural events."

In Tauranga, some school galas have been cancelled, along with the National Jazz Festival.

The Multicultural Festival has postponed, with a new proposed date for October.

“In light of the situation with COVID-19, the best course of action has been determined is that the festival has been postponed,” organisers say on Facebook.

“The safety and wellbeing of all our communities is the most important consideration for us.”

As per the Government recommendations in regards to mass gatherings, Balloons over Waikato have made the decision to cancel public attendance at Innes Common for morning flying, The University of Waikato for Nightglow, and all other sub events associated with the Festival.

“The event falls into the ‘mass gathering’ criteria as a free event that is non-ticketed with attendees numbering more than 1000 and therefore feel it is the right thing to do for our community,” say the event’s organisers.

“We are extremely disappointed not to be able to deliver this amazing community event to the city and the region, but strongly support all measures put in place by the Ministry of Health and government to minimise the impact of COVID-19 on New Zealand.

“The good news is, our balloons are here, our pilots are here, so we will be taking to the skies every morning from Tuesday to Saturday. Instead of coming to Innes Common, enjoy our Carnival of Colour out your window wherever you may be over the week.”

The first round of the ANZ Premiership netball season was held behind closed doors at Dunedin’s Edgar Centre last night.

The Waikato Bay of Plenty Magic beat the Southern Steel 54-48.

The next game for the Magic is due to be held at Trustpower Stadium in Tauranga on Monday.

The game could be played behind closed doors, but this is yet to be confirmed by the organisers.

Following a SANZAAR Executive Committee teleconference in response to the announcement by the New Zealand Government that all returning travellers will have to self-isolate for 14 days, including Super Rugby players, SANZAAR believes it has no option but to suspend the 2020 Super Rugby tournament matches for the foreseeable future.

The Plunket Shield has also been cancelled due to coronavirus fears.

Meanwhile, the southern hemisphere's largest agricultural show The Fieldays - to be held at Mystery Creek on June 10 to 13 - is continuing to undertake guidance from authorities regarding the evolving Covid-19 situation before making a decision to whether the event will be cancelled.

"Whilst we may see further restrictions formally announced by the Government, we acknowledge this is an evolving situation and undertake to update all our valued stakeholders as soon as practically possible," the organisation says in a statement.

The Waitomo District Council has decided to cancel The Great NZ Muster for 2020.

The event was to have been held on April 4 and is described as "a cross between a country fair and a rural extravaganza, it truly is kiwi heartland at its best".

The council says the event falls into the 'mass gathering' criteria as a free event that is non-ticketed, therefore cancelling the event is the right thing to do for the community and all those attending the event.

And Māori King Kiingi Tūheitia has now called off The Turangawaewae Regatta, set to be held in Ngāruawāhia on Saturday, March 21.

The regatta draws large crowds to watch waka on the Waikato River.

"We wish to thank all those who have supported the organisation of regatta this year, including our many vendors, suppliers and entertainers who continue to support our much-loved event," says a post on the event's Facebook page.

"We look forward to bringing Turangawaewae Regatta 2021 to you all next year."

Oxfam New Zealand has cancelled the Oxfam Trailwalker which was set to take place in Whakatane this weekend.

“We have been assessing the risks and have been informed at every stage of our event planning by government and health authority instructions on the issue of COVID-19 containment," says Oxfam New Zealand executive director Rachael Le Mesurier.

“For the event to be cancelled four days out is hugely disappointing for all involved – especially so for walkers and their supporters – as well as the volunteers, Whakatāne community groups and the Oxfam team who have all given so much of their time already."