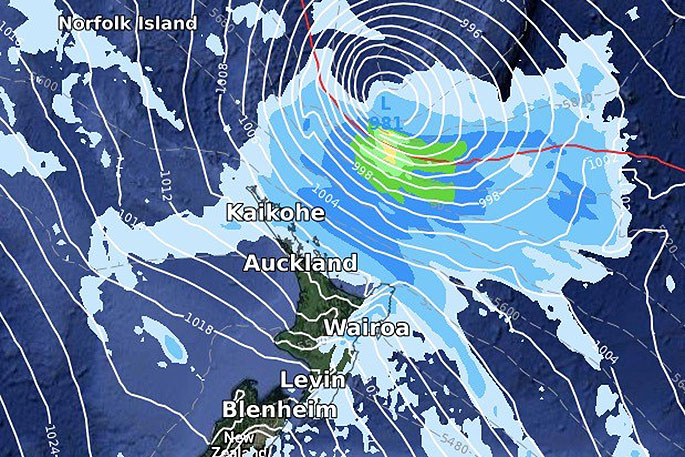 Cyclone Gretel is tracking towards New Zealand today with clouds thickening over the North Island and sou’east winds enhancing later in the day.

Latest reliable computer modelling continues to be in agreement that Gretel will remain a serious storm with the centre just offshore from northern New Zealand as it tracks by with about Category 1 or 2 strength.

The storm is powerful and will not be falling apart before NZ very much, instead high pressure in the Tasman Sea will guide it further east of Northland, significantly reducing the chances of severe weather here, says WeatherWatch.co.nz

"The downside? It takes with it the chances of widespread soaking rains that in one go could have ended some droughts.

"Eastern Northland has some rain chances – and with still over 24 hours to go the computer models may pull the storm a little closer to NZ which could see some rainfall totals lift. But it’s worth noting even a very slight shift further out to sea will see more dry farms and gardens see “0mm” forecast." 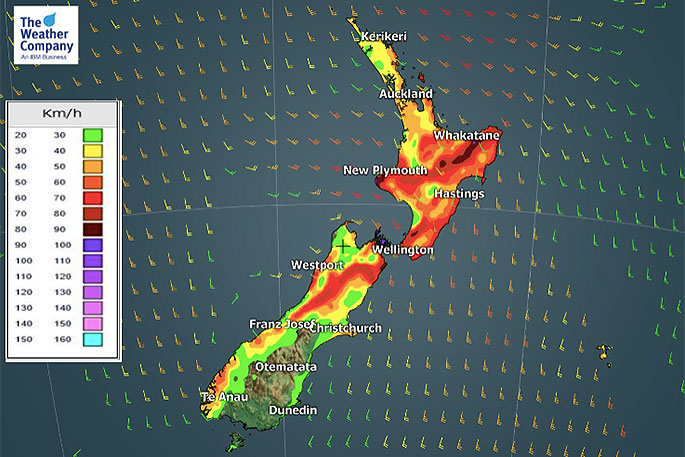 Winds will climb well over gale around Great Barrier Island, where power cuts may be possible on Tuesday.

"Isolated trees down are also possible out there. Strong winds between the storm and growing high pressure will see gales developing in Cook Strait and also around the eastern Bay of Plenty ranges where gusts could climb over 100km/h."