Sir Paul Adams – How to fix the housing crisis 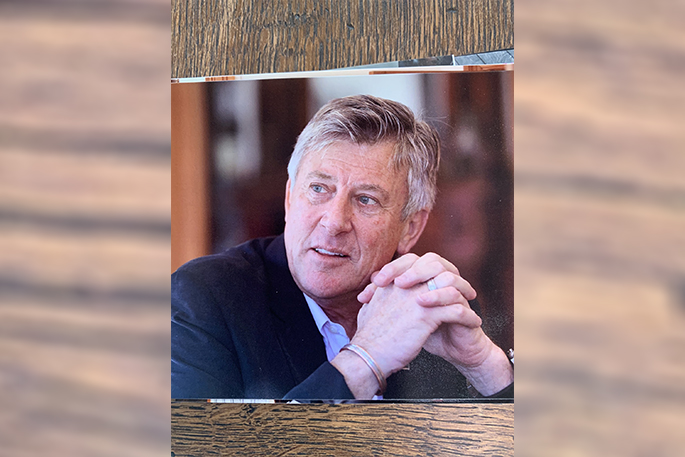 And he blames successive governments for failing to address key issues that have resulted in soaring land and property prices, plummeting home ownership levels, rampant homelessness and a dire shortage of social housing.

As someone who has been heavily involved with social housing over the years - he was chair of IHC company Accessible Properties - Sir Paul has seen first-hand how the housing crisis has impacted on the less fortunate.

"In places like Tauranga, Accessible Properties stands ready to expand and intensify the significant social housing portfolio it already holds .This can happen quickly with government assistance and planning co-operation from Tauranga City Council."

Sir Paul, who played a major role in making Tauranga New Zealand's fifth largest city, says there is a shortfall of around 100,000 homes nationally, including more than 14,000 eligible households on the waiting list for public housing, a threefold increase in just two years.

"To meet the demand we need new stock of at least 100,000 new homes right now to match the current and growing demand, including providing for the current shortfall.

"This will not only put roofs over peoples' heads but help put a stop to grossly inflated land and house prices.

"Currently, house and section prices are being inflated by approximately $150,000 per property in many provincial cities and even higher in some of our main centres.

"This is due simply to the shortfall of supply and purchasers desire to own their own homes in an under-supplied market. As a result it has created a sellers' market."

Sir Paul believes there are a number of factors which have triggered demand outstripping supply for land and houses.

In his view unbridled immigration that has resulted in 50,000 people a year being allowed to settle here has squeezed many younger New Zealanders off the property ladder.

"Migrants generally have much better buying power than young Kiwis and artificially inflate existing and new residential housing stock prices which in turn has inflated house and section prices generally because of insufficient supply.

"Migrant levels should be cut by half to around 25,000 a year while overseas buyers should only be allowed to lease land - this is only fair as we can't buy freehold land in many of their countries."

Sir Paul pins much of the blame for the housing crisis on the Resource Management Act which he describes as an insidious vehicle that stops sensible progress and is the root cause of the problem.

"There is a New Zealand psyche that looks to use such Acts to stop progress and I'm sure in part this is the result of an unfortunate attitude in this country where people like to cut down tall poppies.

"So the RMA and everything associated with it like the Environment Court, consultants and councils have become, by default, an anti-development group that has cost this country billions of dollars in development progress, hence the housing shortfall today.”

"If sufficient land had been allowed to be rezoned residential since the inception of the RMA there would not only be a sufficient supply of land to meet today's shortfall but there could well be enough rezoned land for future development."

Sir Paul says over the last 25 years there have been many blocks of land in places such as the Bay of Plenty that were "eminently suitable" for residential zoning such as Matakana Island and Te Tumu in Papamoa.

"These blocks have not been approved or have been held back because, in part, the local councils could not afford the temporary debt loading to build the required trunk infrastructure.

"Local councils have been conflicted in making such decisions and this has cost New Zealand billions of dollars in growth, and asset creation.

"When such development momentum is halted by false and misguided assumptions by councils then clearly central government needs to step in and get things going.

"In such cases central government should either fund infrastructure itself or create public/private partnerships to get it done.

"In other words get private enterprise to take on the commercial risk of when to develop land and the associated infrastructure so that we can avoid the current debacle where many councils, such as in Tauranga, have got it wrong."

Sir Paul says bad decision making during the last three terms of the Tauranga City Council has resulted in a gross undersupply of residential zoned land.

"The ripple effect of such bad decision making with elected members being given false and incorrect advice upon which to make decisions is truly appalling.

"It has been further exacerbated by a split council with some councillors being opposed to development and developers.

"This flies in the face of the growth strategy implemented 30 years ago, upon which many industries blossomed as the city grew from being a provincial backwater to New Zealand's fifth largest city."

Sir Paul contends that councillors and council officers have a duty of care to all ratepayers and residents including core sectors like land and housing developers.

"Because of incorrect and incompetent decisions by council officers and elected members over the last 10 years the whole of the land development and housing sector in Tauranga is facing retrenchment, and even closing down or shifting elsewhere in New Zealand.

"This could have far reaching economic consequences as the the land and housing sector in Tauranga provides employment for many thousands of professional and trades people.

"Councillors and council officers have to accept significant responsibility for this state of affairs and realise that bad decision making over the years is now having a very negative impact on the city and there could be a big social and economic price to pay."

In summary Sir Paul says the government should immediately adopt a two-pronged strategy to tackle the housing crisis. Firstly, speed up the process of rezoning land for residential development in order to deal with the current shortfall of around 100,000 homes; and secondly, provide funding for trunk infrastructure.

“This will take the pressure off local councils who are constrained by how much they are allowed to borrow.”

He says the provision of infrastructure is the most serious impediment delaying residential land zoning and development.

"Councils use this debt cap as a reason for delaying rezoning but if government funds it then it can recover these loans by way of development contributions which are a secured debt.

"This in turn creates windfall GST to government of about $100,000 for every house and section that gets built.

"By speeding up the delivery of creating 100,000 new houses it will be a win for all, including government, which will be the recipient of many billions of dollars of GST."

Sir Paul says once this target is achieved there will be an ongoing need to build at least 50,000 houses a year to allow for immigration and net annual population increase.

"When supply matches demand competition between land and housing developers will result in a reduction of prices.

"Debacles such as the failed Kiwibuild initiative will not have a place in a housing market where there is a balance between supply and demand."

A Breath Of Fresh Air

That’s the only way to describe Sir Paul Adams’ take on housing, It’s just a shame that our politicians in both Central and local government don’t share his solution based outlook.

Excellent overview - would be good if somebody did something instead of just talking year after year about whether or not there is a crisis!

Back in the 1950s, just after the war, many of the no longer occupied military barracks were turned into camps for homeless people and even families waiting for a State house. I remember, as a small child, living in one in Wellington. It was a bit Spartan but the roof didn’t leak and we were glad to have it until our turn came for a State house. I can’t see why something along these lines (perhaps a little gentler...) couldn’t be done to address the current homeless problem, at least temporarily. Sir Paul makes some good points in his statement and you have to wonder whether necessary development is not being held back by a number of vested interests who don’t want to see property prices become more equitable. The priority is to get people off the streets; it doesn’t have to be a mansion.

Another who wants urban sprawl, endless houses and endless roads. A dead city and all goods, especially food imported.

I don’t agree with everything he’s saying but he is correct in saying TCC officials and Councillors have been persistently incompetent over the past 20 years. And just look at who is still running the show today - Larry Baldock. Nuff said.

Developers need to pay, not ratepayers

Ratepayers have subsidised developers for years. New house costs are meant to include the costs of their water, roads and all infrastructure. But the developers don’t want that because they make less money and that’s why they prefer and increase in rates etc. I think that’s the reason why the mayor and some councillors are pushing a 12% and more rates hike. It was the Labour Government I think who knighted Sir Paul but canned our roads projects around Tauranga. Who in their right mind would want more houses at Tauriko or anywhere in Tauranga with the roads practically blocked already?

How true, best comment on the housing situation in NZ ever. As for the RMA and the leeches along with the power crazed local government anti growth staffers need to be gone tomorrow.

Recent studies show that while the construction costs of houses have very much risen at the rate of inflation that is not so for sections. Sections have risen at a way faster rate than inflation. Perhaps the answer lies in dealing with that.

While some of what he says is correct let’s not forget that no one can build a cheap house or have a 3 beddy transportable plonked into a Carrus section anywhere. The problem is statist & eliteness that is promoted through the use of covenants. No one including Mr Adams will build a subdivision that allows for transportables, cheap houses or second-hand houses without garages and 2 bathrooms to be built on. That is the base issue here. when Carrus develop one of those then maybe he will solve the problem but meanwhile, people can’t afford to have a house.