Living life from out of the garden 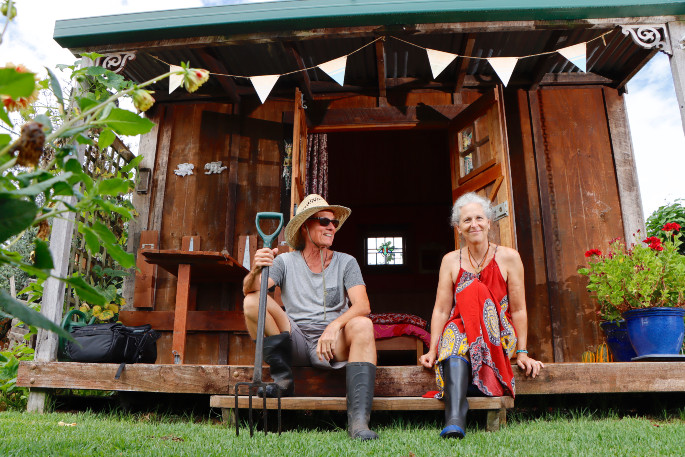 Mike and Jizzy Green outside their wooden cottage in their garden. Image: Daniel Hines.

It’s taken 16 years to get Jizzy and Mike Green’s garden looking the way it does today.

When they first moved in, it was a blank canvas with just grass and five American hardwood trees. They ended up haphazardly creating a garden but the first piece of advice Jizzy will give anyone is that you need to plan what you are going to plant and where.

“Because when you bring little twigs home from the nursery, you don’t realise quite how big they’re going to grow,” she says. 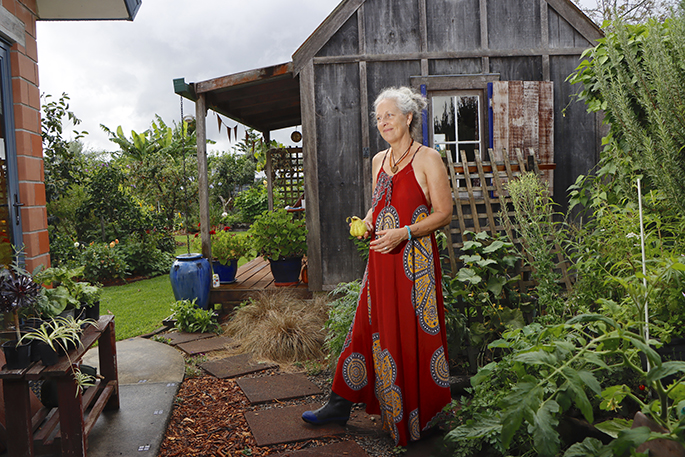 As you walk through the garden, the more you look, the more you find, with all sorts of different trees and shrubs. There are 85 fruit trees to be exact and during the summer the garden will feed them around 80 per cent of the time, while in the colder months it’s around 60 per cent. During the winter months is also when they get to eat all the food that’s been preserved.

Her garden is seen as sustainable. Sustainable to Jizzy means it’s got to be good for the planet.

“It’s gotta be good for me. It’s got to be good for the finances, so every dollar that comes in from the garden is a dollar that stays in your back pocket. It hasn’t had to go out and be spent at the supermarket.” 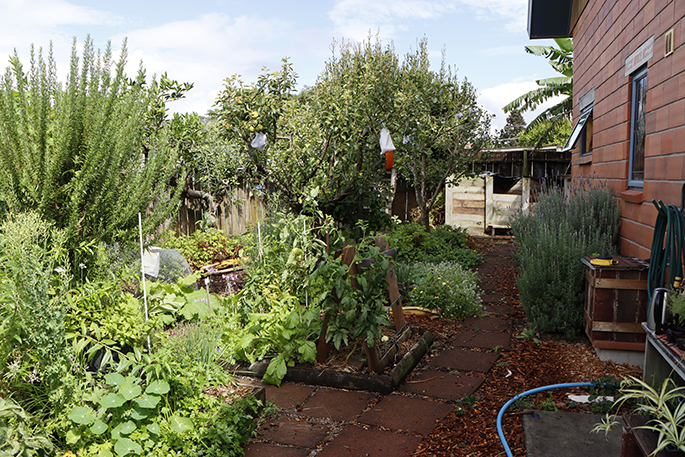 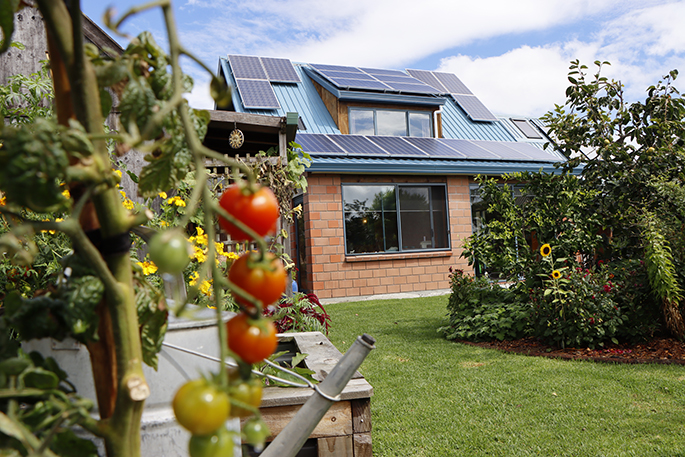 There are five vegetable beds throughout the garden and Jizzy says it makes no sense to grow something, even if it grows well, that you don’t eat or don’t like.

“We grow things that grow well and that we like to eat and eat in season. So when it’s courgette season, everything is courgettes. Courgette muffins, courgette cake, courgette patties, you name it we make it. When its tomato season, everything’s coming up tomatoes. Just as you start to get tired of it, its life actually ends and something else comes up.

“It’s actually quite a nice cycle of living with the growing seasons because a lot of people tend to think apples are growing throughout the year, cause you can buy apples throughout the year from the supermarket, but we try and eat seasonally and you really appreciate when you’ve waited a long time for your produce to actually produce.” 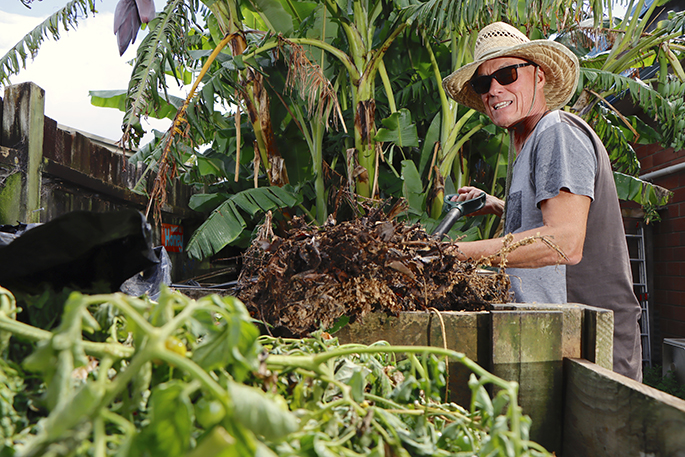 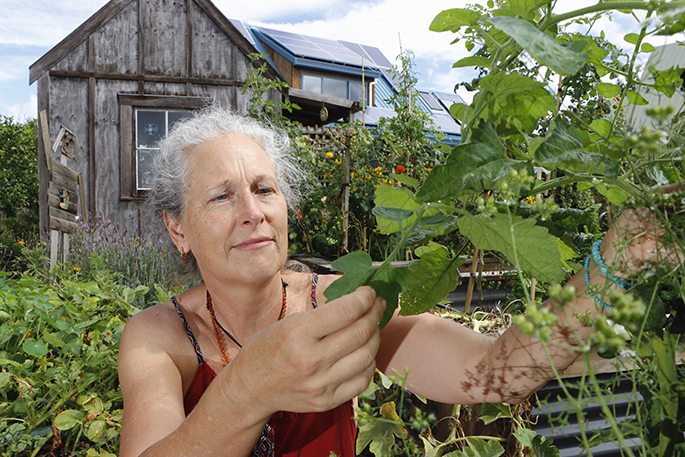 What you see in Jizzy’s garden is something that didn’t happen overnight. It has been built up step by step. She says for people wanting to start, maybe grow a couple of tomatoes, lettuces and cucumbers and the joy that they’ll get from just those few little crops will make them want to add a few more the next season.

“You can add things depending on your budget. You can start with one vegetable bed – you don’t have to have it raised, you can do it on the ground. You can have it in different styles and plant slowly and slowly as your enthusiasm builds,” says Mike.

“We have budgets and we have priorities, so growing food has become our priority so some of the money every week goes to the garden and slowly you build it up because it becomes a priority.” 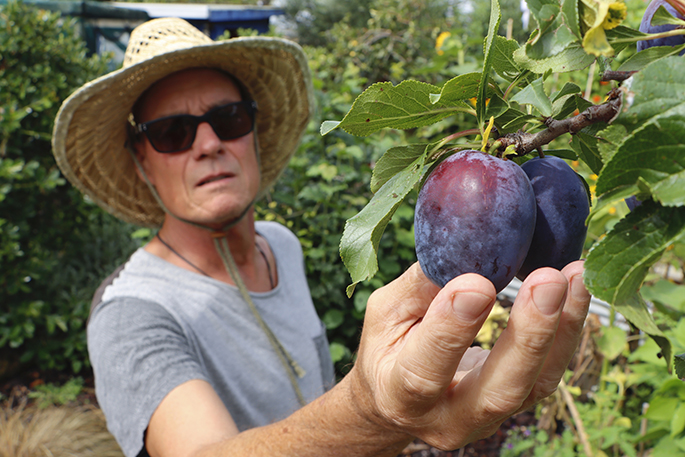 Mike says we have generally lost the connection with the land.

“We used to all be farmers hundreds of years ago and now we just work and don’t seem to have time for the garden.” 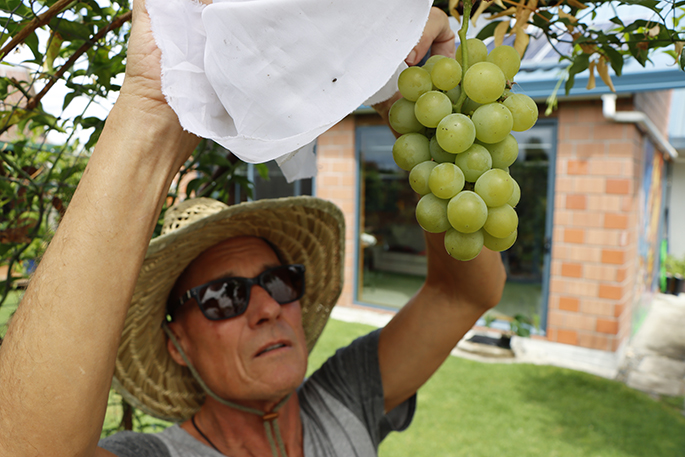 For Jizzy and Mike, it is a lifestyle choice. They have chosen to spend time in the garden rather than watching TV or spending time at the local pub.

“It’s a lifestyle choice and I’m happy with live with less,” says Mike.

The couple are also planning workshops for people who are interested in learning about this kind of lifestyle. They have a cottage in their garden where people can come and have a weekend retreat away, all while learning about Mike and Jizzy’s sustainable backyard and way of living.

Anyone who is interested is encouraged to email Jizzy at: greenzpeace@orcon.net.nz 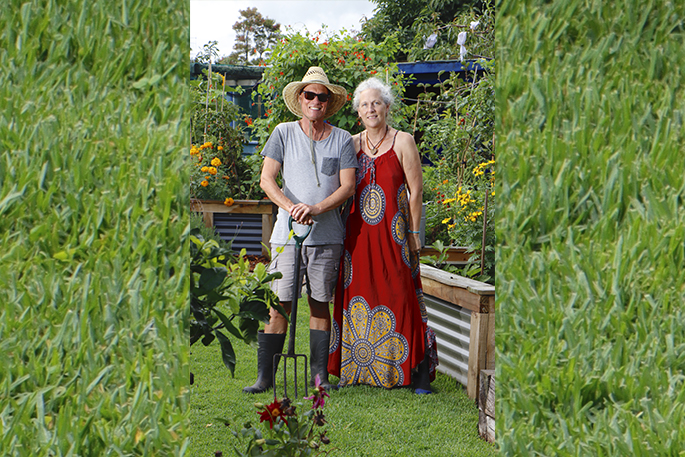