Tauranga Airport soars above all others 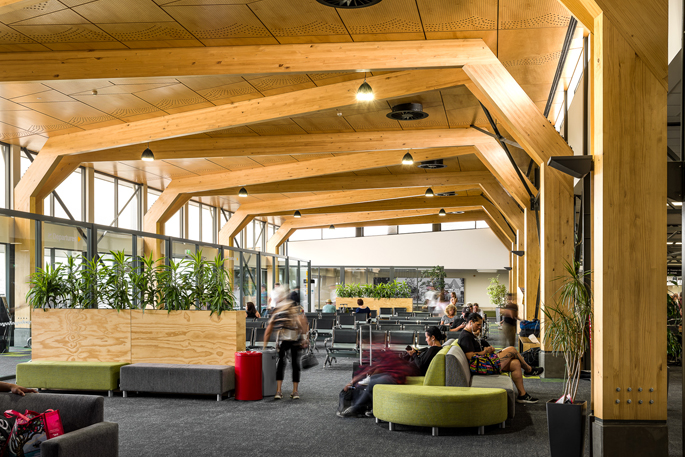 Another milestone and another accolade for Tauranga Airport – domestic travelers think it’s the best.

Tauranga’s the eighth busiest airport in the country, the third busiest for general aviation and recent statistics showed there were 50,000 flight movements in just one year, with over 430,000 passengers arriving and departing.

It’s also a Tauranga City Council owned business that is self-sustaining – there’s no call on the ratepayer.

Today we can add to that Canstar Blue’s 2020 Most Satisfied Customers Award for domestic airports. The airport has received a five-star rating for overall satisfaction, waiting areas and communication, as well as four stars for facilities, parking and ease of check-in.

Tauranga stole the award off some major contenders such as Auckland, Christchurch, Queenstown, Dunedin and Wellington.

Tauranga Airport CEO, Ray Dumble says winning the Customer Satisfaction Award was the best praise the airport could get.

“We take great pride in putting our customers first, and to win this award during a year of major construction is testament to the effort our staff put into minimising disruption to travelers.”

The original terminal was constructed in 1967, and $12.7 million redevelopment was completed last year. It doubled size of the terminal, making room for a larger lounge, new check-in area and café. It also meant passengers didn’t have to walk so far to and from their aircraft,

“The focus was to create a space that both customers and staff enjoyed, and this award is proof we have achieved that,” says Ray.

With the terminal upgrade done, a plan has been approved to expand the car rental depot and the number of car parks.

Just as important as the Airport itself.

Well they certainly wouldn’t win an award for easy, quick, stress free traveling to and from the airport would they. Shame the Council doesn’t put as much effort into addressing the nightmare that is traveling on Hewletts road.

Credit where credit's due

Council did a good job on this one. Pity that Air NZ really puts the boot in on airfares to and from here though.

Well done Tauranga Airport, you deserve this Award. The staff are very quick to assist and comparing the airports we went through a few weeks ago, Tauranga definitely surpassed them all in every respect.

Glad to hear my money wasn’t wasted on it because it has to be the most over the top refurb for a 10 minute wait to get on a crop sprayer. It’s up there with Simon Bridges bringing us Uber.

Looks great. Nice to see it made with timber or is that just the finish. Timber beams are a good use of our wood.