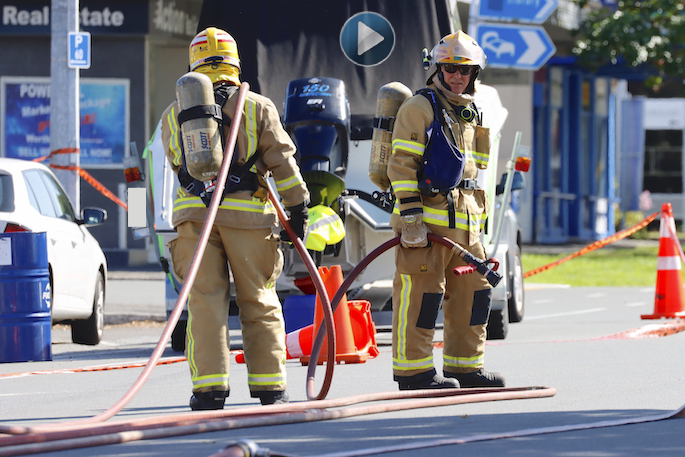 Petrol is leaking from a boat on Cameron Road. Photos/Video: Daniel Hines/SunLive.

A police spokesperson says they received reports of the incident at 9.45am.

"It appears a boat has dropped fuel on the road."

Cameron Road remains closed in both directions, says the spokesperson.

Cordons are in place on Wharf Street, Spring Street and Hamilton Street.

"Council has been notified and traffic management is in place." 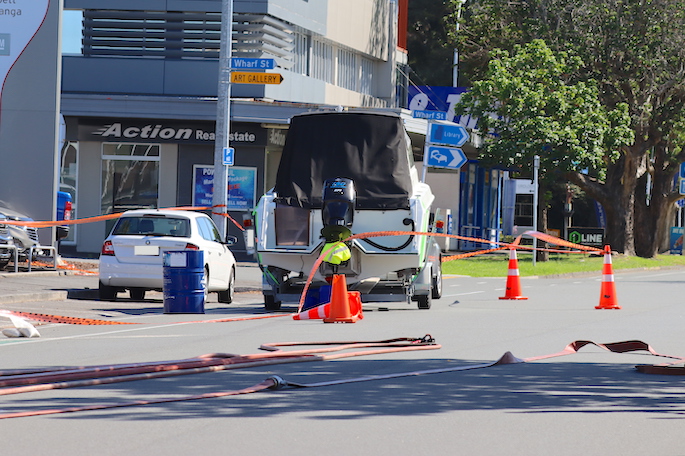 Fire and Emergency New Zealand northern communications shift manager Daniel Nicholson says they are liasing with Council in regards to cleaning up of the petrol.

Three appliances are at the scence, he says.

Earlier: Reports are coming in of an emergency incident on Cameron Road.

Tauranga City Council says Cameron Road is closed between Spring Street and Hamilton Street because of a petrol spill.

"We'll update when it reopens." 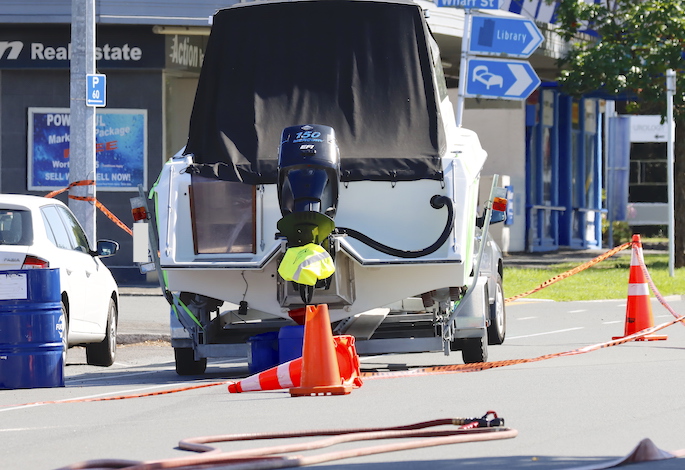 A caller to the 0800 SUNLIVE news hotline says there are a couple of fire trucks and police on Cameron Road, near Spring Street.

"It looks like something has been spilt on the road.

"I think they may be closing part of the road off. People might want to take another route if they are in a hurry."

A reporter at the scene says Cameron Road is closed in both directions.

"Traffic is being diverted down Spring Street.'

"There is one fire rescue, one fire truck and three police cars from what I can see.

"A crew member has said they are sending some to get the fuel off the road, but it could take a while." 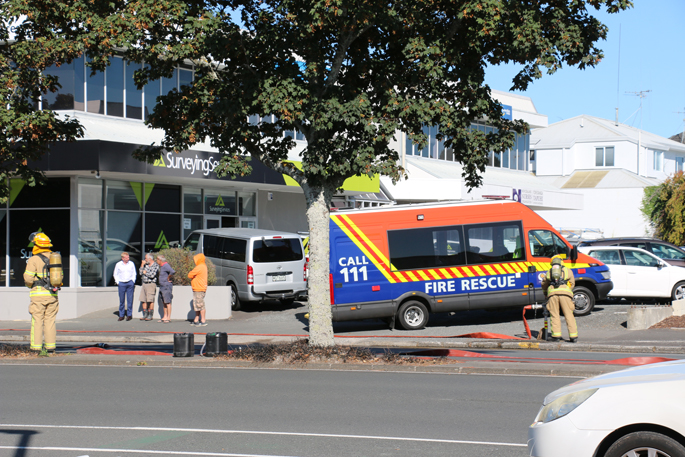 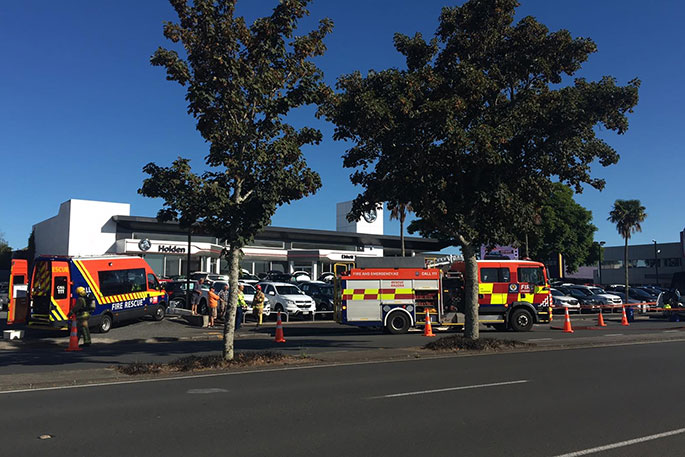 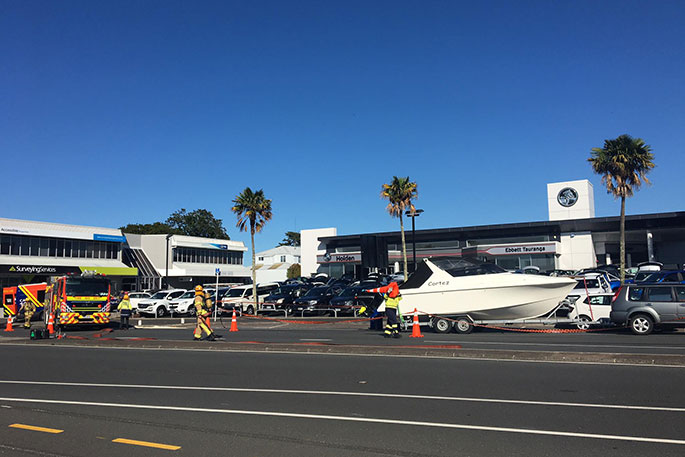 How many litres spilt? Looks like an over reaction to me. How did we deal with this in the good old days.