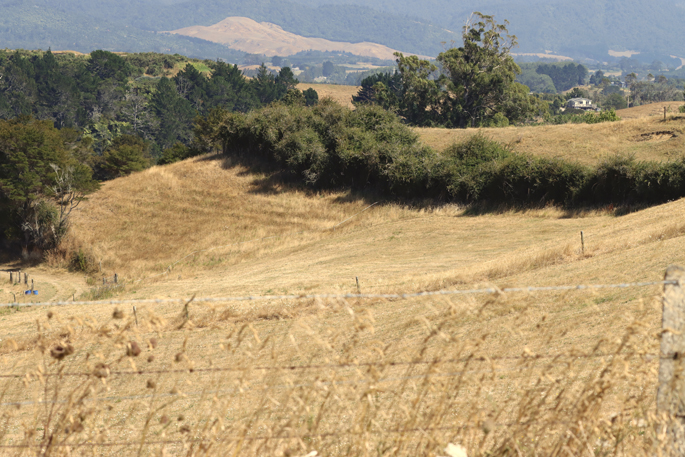 The drought in the North Island, parts of the South Island and the Chathams as a large-scale adverse event. Photo: Daniel Hines/SunLive.

Agriculture Minister Damien O'Connor has today classified the drought in the North Island, parts of the South Island and the Chathams as a large-scale adverse event, unlocking up to $2 million in Government funding to support farmers and growers from now until June 2021.

The last large-scale adverse event classification for drought was in 2013.

"The intensity of the drought and its spread across multiple regions has affected many people and their livelihoods," says Damien.

"This new funding allows us to boost co-ordination efforts and activate some additional recovery measures, including for animal welfare and wider rural communities, while also ensuring there is funding to respond to future adverse events."

The classification covers the entire North Island along with the top of the South Island (Tasman, Marlborough, Kaikoura), North Canterbury and the Chatham Islands.

"Farmers and growers have shown that they are able to roll with the punches and most have been well-prepared for these types of events, but as the weeks go by without significant rain in many parts of the country, there is a cumulative impact.

"It’s getting very hard for people to keep planning for, and it puts pressure on rural communities."

Despite recent rain across parts of the North Island, many rural people remain under pressure with water shortages and low feed availability, says Damien.

"It will take more than a few sprinklings of rain to get out of drought."

To date, the Government has provided more than $300,000 to support drought-stricken regions:

Additionally, the Defence Force has helped deliver water to towns and the Government has committed $2 million to set up temporary water supplies in Kaikohe and Kaitaia.

"With several requests for regional declarations of drought received in the past few weeks, it's become clear that many farmers and growers in the North Island and parts of the South Island are facing very difficult dry conditions," says Damien.

Tailored packages will be developed to suit each region’s needs. For those already in a medium-scale event, there will be funding for additional drought co-ordinators if needed, as well as access to recovery advice for affected primary sector businesses.

"Funding for psychosocial support in affected regions will also be boosted, and we’ll be working closely with farmers to help ensure the welfare of animals in their care."