“High” risk for Cyclone to form in Coral Sea 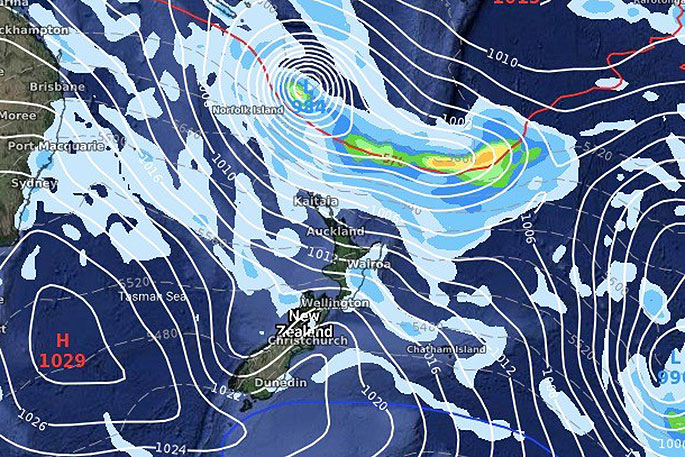 WeatherWatch.co.nz forecasters are closely monitoring a tropical depression which will become a tropical cyclone, likely on Friday.

The weather organisation says the chances of a cyclone forming are “high” and today Australia forecasters at the Bureau of Meteorology (BoM) agree, with a “Moderate” risk for cyclone formation on Thursday, now shifting to “high” risk on Friday.

"The storm will be in the perfect breeding ground with sea surface temperatures in the area well over 30 degrees C.

"The cyclone is likely to become a “severe” Category 3 and above storm," says WeatherWatch.co.nz.

"Modelling has been in agreement since day one that this storm would track south east, basically directly to New Zealand. However, as we’ve been seeing all summer, stubborn high pressure in the NZ area (which has lead to droughts) will control where this storm ends up tracking.

"Next week, a high from Tasmania will be moving in from the south west, at the same time the cyclone is moving in from the north west. It’s a fairly simple equation – if the high arrives first, the cyclone will likely remain north of NZ. If the high is slow arriving – or sinks a little further south – then northern NZ is vulnerable to a direct hit."

This storm is one to monitor and WeatherWatch.co.nz will be providing daily updates.

"Norfolk Island (Australia) and New Caledonia (France) are also both exposed to severe weather from this forecast storm."

DATES:
The cyclone is likely to be named this Friday or Saturday.
Any impact to NZ – if any – will be from March 17 to March 20 at this stage.

WHAT THE MODELS ARE SAYING FOR TUESDAY MARCH 17TH:
ECMWF (Europe) 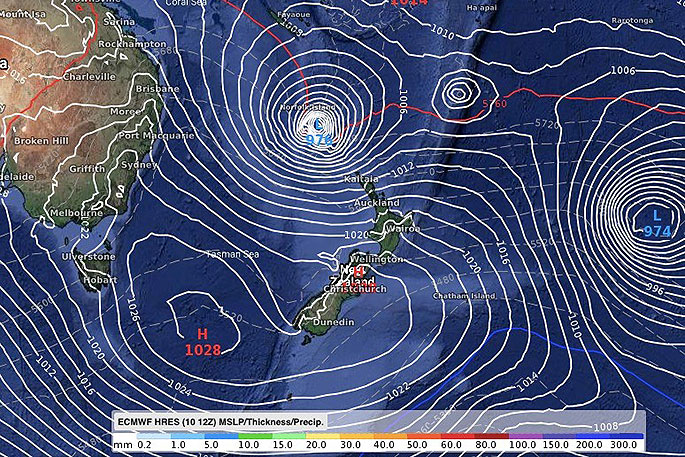