One taken to hospital after Maungatapu crash 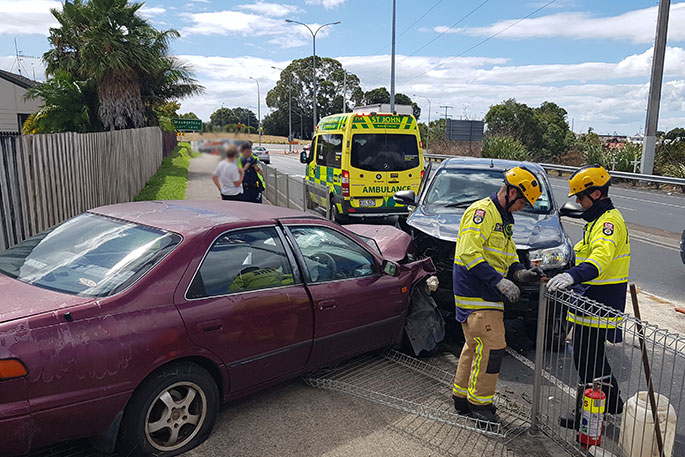 UPDATED 1.30pm: One person is in hospital following a crash in Tauranga this afternoon.

Police received reports of two separate crashes in Tauranga at about 12.33pm.

"One person has been taken to hospital in moderate condition."

The road was blocked at the time of the crash.

A second crash happened between the Maungataupu roundabout and Welcome Bay roundabout on State Highway 29a.

It involved two vehicles, and no one was injured.

A New Zealand Transport Agency spokesperson says delays in the area of Harini Street and Welcome Bay Road are likely.

SH29A HAIRINI ST ROUNDABOUT - CRASH - 1:05PM
Reports of a crash on #SH29A in the area of the Hairini St/Welcome Bay Rd roundabout in Tauranga. Please follow directions of emergency services. Delays in the area are likely. ^TP pic.twitter.com/DrBVD5MW2K

"Please follow directions of emergency services. Delays in the area are likely."

Earlier: Reports are coming in of two crashes on State Highway 29a.

A SunLive reader has messaged us on Facebook saying there are two "huge crashes".

They say one is near the Hairini lights and the other is between the Maungatapu roundabout and Truman Lane.

Some drivers are positively, blatantly, disregarding the ’speed limits’ posted around the area. especially THE ROAD WORKS Baypark/Bayfair. 50KPH. Why race thru & continue to do the same speed when on the 100Kph zone. No wonder accidents happen along with using Cell phones, Make up, general distractions.

What the hell is wrong with these drivers these days. Oh that’s right to busy playing on ther dam phones or puttin make up on the usessles police need to get harder on these people