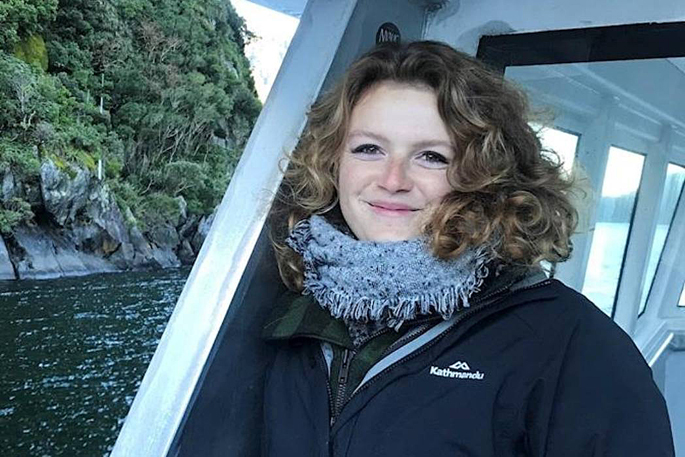 A tour guide who was on Whakaari/White Island when the volcano erupted says these past three months have been the hardest of her life.

Kelsey Waghorn sustained full thickness burns to 45 per cent of her body after the December 9 eruption.

She is now sharing her recovery online and in a recent post says while the months were hard, she has learnt how stubborn, strong and willing her mind and body are.

"Of course, there have been many moments where neither were any of the above, but they have been moments."

The past three months are the longest time Kelsey has spent on land in five years and she misses the salt air and the thrill of spotting marine life.

Christmas Day vs Thursday just been (February 27th) although it doesn’t look like it on the right there, these mits are looking significantly more “skin coloured” every week. they still require moisturising every 0.2 seconds, massaging to stop scar tissue contraction and the oils are still working out where the exit is, but they’re finally becoming less crazy-sensitive, which is allowing me to do more for myself - more importantly, pat dogs celebrate the little victories

In her post she also acknowledged friend and colleague Hayden-Marshall Inman, one of the 21 people killed in the eruption and one of two whose bodies were never found.

"Today marks three months since I lost a good friend, colleague and many others lost their loved ones.

"This will stay with me forever.

"December 9th feels as though it was three seconds ago, and three years ago.

"I'm still getting my head around it."

She says she never dreamed Hayden-Marshall would be one of the ones who didn't make it off the island.

"Look after those who step into Whakaari like you taught so many of us crew to do."

Photos documenting her recovery show how her hands and legs are recovering from burns.

With her hands becoming less "crazy sensitive", it meant she can get back to the important things - like patting dogs.

More than $114,000 has now been donated towards her recovery on a Givealittle page set up after the eruption.