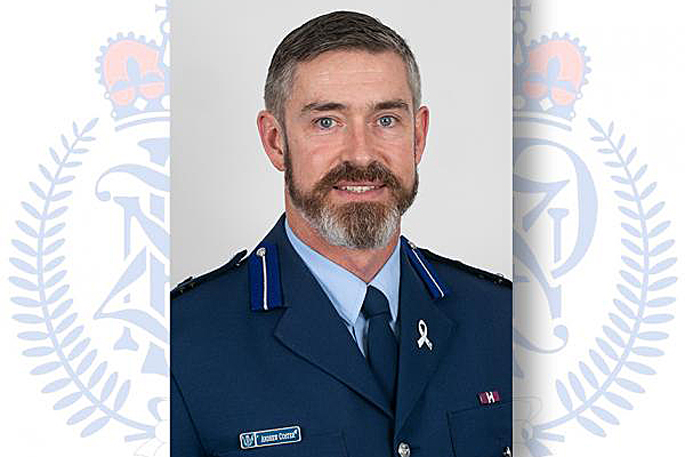 Andrew Coster will be the new Commissioner of Police. Image: New Zealand Police.

A new Commissioner of Police has been announced by Prime Minister Jacinda Ardern.

“Andrew takes up this leadership role at a time when the Government is making our communities safer by adding 2,000 new police officers to the frontline and reforming gun laws to stop firearms from falling into the wrong hands,” says Jacinda.

“I know he’ll lead a team of 13,000 people across the country with positivity, inclusion and integrity.

“I first met Andy in his role in Central Auckland. I’ve had the opportunity to see him work on policy issues such as recent gun law reforms, but most of all I’ve observed his passion for a police force that knows its strength lies in what it can achieve with the community it serves.

“I want to thank Mike Bush MNZM who has led the Police for six years including during the significant affront to the safety of New Zealanders that occurred on March 15 2019.”

Jacinda is referring to the Christchurch mosque attacks that killed 51 people and left many more injured.

Current Commissioner of Police Mike Bush says he is happy to be handing over leadership to someone of Andrew’s calibre.

“It has been my privilege to lead NZ Police for the past six years and I know that Andrew has the same passion and commitment to this organisation that I do.”

Andrew’s career spans over 25 years and includes being the Area Commander for Auckland City Central and the District Commander for Southern District.

He is currently based at Police National Headquarters as Acting Deputy Commissioner of Strategy and Partnerships.

“I am proud to be an officer in the New Zealand Police and I look forward to leading an organisation of 13,000 people who do incredible work to keep our communities safe,” says Andrew.

"It’s my intent to carry on a legacy of transformation focused on high performance that has been put in place under the leadership of Commissioner Bush.”

The Commissioner of Police is appointed by the Governor-General, on the recommendation of the Prime Minister. The State Services Commission managed the recruitment process.

The term of the current Commissioner of Police ends on 2 April. Andrew has been appointed for a five-year term from 3 April.